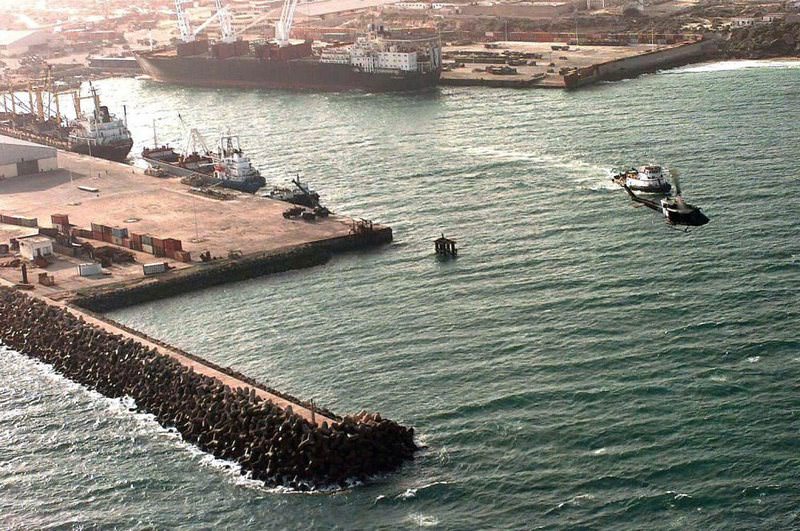 by Daily Sabah with Wires Aug 24, 2015 12:00 am
A signing ceremony was held for the transfer of operations of Mogadishu International Port, located in Somali's capital Mogadishu, to Turkey's Albayrak Group, which was attended by Somali Ports Minister Abdurrahman Muallim and Deputy Minister Cemal Buru, representatives from the Albayrak Group and officials from the Turkish Embassy in Mogadishu.

Delivering a speech at the ceremony, Minister Muallim said: "The Somali government has officially transferred the operating duty of the port to the Albayrak Group today. We hope the port will develop and reach the standards of world ports in this process." Stating that employees currently working in the port will continue to work, Muallim noted that the Albayrak Group would contribute to Somali's economic development. Albayrak Group Chairman Ahmet Albayrak said that they aimed to attract international trade networks to Somali by supporting Mogadishu Port with modern equipment. He also emphasized that 55 percent of the revenue earned from the port would be delivered to the Somali Treasury and the rest would be allocated to development of port services. No further details were shared about the agreement and profit sharing.

The Port of Mogadishu was closed in 1991 after the central government fell, and it was re-opened in 1992 by the United Nations Peacekeeping Force, which was sent to the region due to the ongoing civil war. The port, which was closed again in 1995 after the UN Peacekeeping Force left the country, was re-opened in 2006 by the Islamic Courts Union that controls south Somali.
RELATED TOPICS