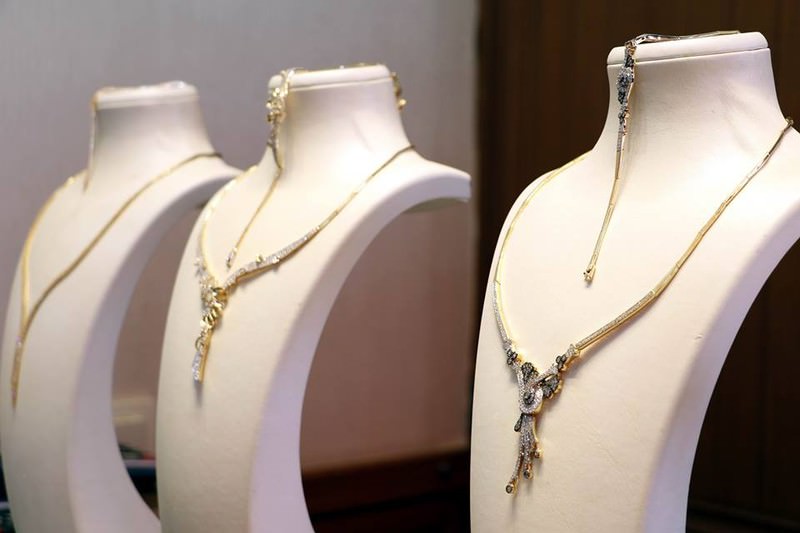 | IHA Photo
by Daily Sabah with AA Aug 24, 2015 12:00 am
Turkey's total exports to Iran amounted to $1.9 billion in the first half of the year, marking a 30.4 percent surge when compared to the same period last year. Gold jewelry exports had the greatest impact in this surge, with Turkey exporting $453 million worth of gold jewelry to the country between January and June. This figure was $1.8 million in the same period last year, where gold jewelry constituted 24 percent of Turkey's overall exports to Iran.

Over the last 10 years, there has been a dramatic increase in gold jewelry exports. According to data compiled by Anadolu Agency (AA) from Turkish Statistical Institute (TurkStat) figures, exports were around $1.3 million in 2005 and remained below $1 million until 2012. Gold jewelry exports totaled $11.8 million in 2012, $17.7 million in 2013 and then experienced a massive swell to $818.5 million by the end of 2014.

Commenting on the upsurge in gold jewelry exports to Iran, Jewelry Exporters' Association President Ayhan Güner said as the country did not allow gold imports until the end of last year, Iranian customers had preferred to buy gold from Dubai. "After we invited Iranian customers to jewelry fairs in Istanbul, they saw that Turkey is the heart of jewelry production and opened collection centers here," Güner said, adding that this had a positive impact on export figures. Güner underscored that Iran is an important market for Turkey and that Turkey has the potential to sell more gold jewelry to that country if trade is liberalized. Because of existing embargoes and sanctions, Iran can currently only import gold via licensed importers. Jewelry is one of the exports items with the highest added-value, and Turkey's exports to Iran in this category equal to Turkey's exports to some six or seven countries. With Turkish exports to Iran, the country can make up for its export losses in other countries, he added.
Last Update: Aug 24, 2015 1:45 am
RELATED TOPICS