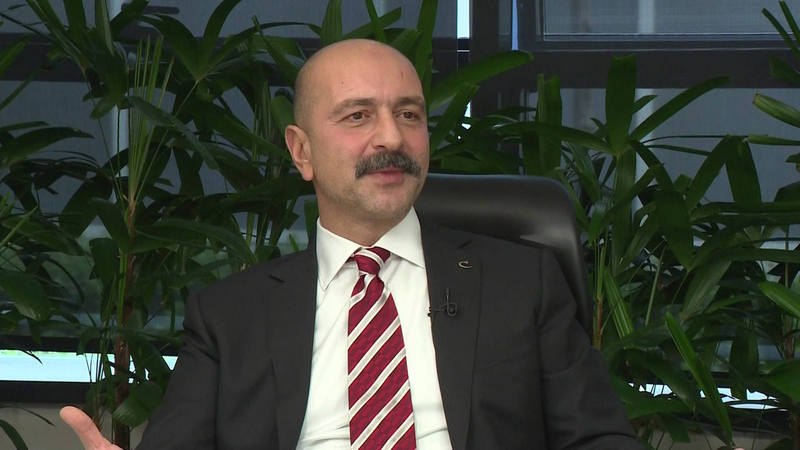 by Yüksel Temel Sep 04, 2015 12:00 am
Experts from the Financial Crimes Investigation Board (MASAK), which is investigating account activities of Koza İpek Holding owned by Akın İpek, who is accused of financing the Gülenist Terror Organization (FETÖ), found out an important detail. MASAK's report said that although officials said Ereğli Demir Çelik Fabrikaları A.Ş., a subsidiary of the Turkish Armed Forces Assistance Center (OYAK), accidentally sent TL 122 million ($41 million) to Koza İpek Education Health Service Foundation in 2011, according to the report, it was a conscious and planned move.

The report emphasized that the claim that the money was sent to İskenderun Demir ve Çelik A.Ş. was not true and İpek provided TL 122 million for FETÖ, which is commanded by Fethullah Gülen. The date that the money transfer was made coincided with the Ergenekon operations and cases against OYAK started raised doubts. The investigation is expected to focus on OYAK.

"It is impossible to make a mistake in an electronic funds transfer (EFT) system conducted by the central bank since it is obligatory to enter an IBAN number, identity number and bank account information of the recipient," the report said, adding that TL 122 million was consciously sent to Koza İpek Education Health Service Foundation.

This money transfer made in a period in which ground was prepared to investigate OYAK for the attack on the Council of State brought new questions. The Scientific and Technological Research Council of Turkey (TÜBİTAK) prepared a report in 2010 about the attack on the Council of State and an operation was opened into OYAK Güvenlik upon instruction from Prosecutor Muammer Akkaş, allegedly from FETÖ. Ten people from OYAK, including Orhan Çoban, an OYAK defense and security systems deputy general manager at the time of the attack, were detained during the operation carried out in Ankara and Istanbul.

A special team from MASAK has begun to investigate all details related to 23 companies owned by Koza İpek Holding after police launched a probe on Tuesday into the holding company after a decision from the Ankara 7th Criminal Court of Peace. All banking transactions, money transfers and financial relations of the foundations and companies related to FETÖ are being investigated.

In the investigation in which Akın İpek, it is claimed that $7.04 billion was illegally transferred to the holding's bank accounts located in Bahrain, Malta and Cyprus. However, $4 billion out of this sum could not be documented, according to the reports prepared by the Financial Crimes Investigation Board and Organized Crime Control Bureau. It is alleged that the non-documented balance is the money compiled for FETÖ.

Seven people have been arrested and an arrest warrant issued for Ipek, who the source said was thought to be in the U.K. Those arrested in Ankara were released on Wednesday after being questioned by a prosecutor, but there were 17 arrests in Istanbul, as police from the Directorate of Counter-Financial Crimes Branch raided a business center in the Üsküdar district. İpek was still missing as Daily Sabah went to print, and is thought to be in the U.K.
RELATED TOPICS