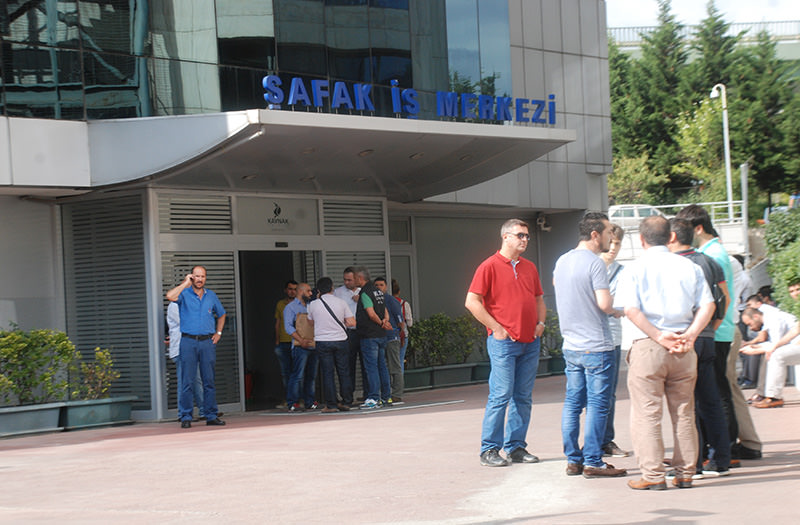 |AA Photo
by Anadolu Agency Sep 08, 2015 12:00 am
Police carried out searches at one of Turkey's largest conglomerates in Istanbul on Tuesday, a security source said.

Officers from the financial and cyber crimes directorate raided the 22 premises belonging to Kaynak Holding, which owns 23 companies with interests including media, education, tourism and logistics.

Employees were removed from the premises by police during the raids.

The searches - which the security source said was in relation to allegedly providing financial support to and disseminating propaganda for the "Gülenist Terrorist Organization" as well as money laundering - were confirmed by the company on its Twitter account.

The raids follow a similar operation against the Koza İpek group in Ankara and Istanbul last week on suspicion of supporting the organization led by Fetullah Gülen, who is accused of plotting to overthrow the Turkish government by infiltrating state institutions, including the police and judiciary.

The U.S.-based organization is said to be behind a December 2013 corruption investigation into senior government figures, including ministers.

Kaynak was the subject of a tax investigation last year.

There were no reports on arrests or confiscations as a result of Tuesday's raids.

According to Kaynak's website, the conglomerate was established in 1979 as a publishing company and now spans 16 sectors. It employs more than 8,000 staff and trades in more than 100 countries.
Last Update: Sep 09, 2015 11:15 am
RELATED TOPICS