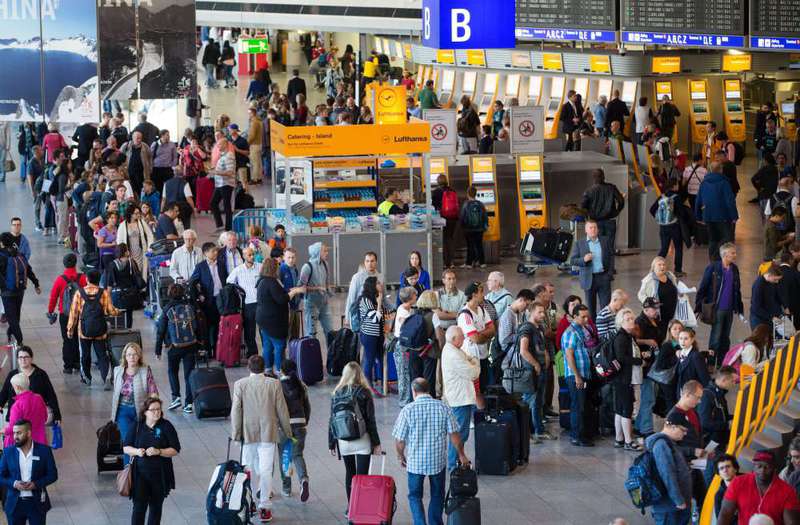 A regional German court has ordered Lufthansa pilots to halt the strike, which is the 13th walkout in 18 months, that led to the cancellation of around 1,000 flights. The airline expects to return to a normal schedule today

A German court has ruled that Lufthansa pilots must halt a strike that led to the cancellation of around 1,000 flights, in an increasingly bitter row over cost cuts and pay at the airline. The Vereinigung Cockpit (VC) union said that the decision means all striking pilots must return to work immediately, although Lufthansa said it was now too late to revise yesterday's flight schedule.

The airline, which is under pressure to reduce costs to keep up with rivals, said that it expects to return to a normal schedule on Thursday. Strikes typically leave airlines scrambling to return planes to where they need to be in order to resume normal service.

The union started its series of 13 strikes around 18 months ago. Initially the aim was to prevent changes to early retirement benefits but in recent months the pilots have also sought to prevent low-cost expansion at Lufthansa.

The regional labour court in the federal state of Hesse, which overruled a decision made by a lower court on Tuesday evening to allow Wednesday's strike, said the pilots were not only striking over pay and retirement benefits but over Lufthansa's plans for low-cost expansion. Since this was not part of the union's mandate in pay talks, the strike was not legal.

VC spokesman Markus Wahl said that the union was surprised by the ruling. However, it may not mean the end of strikes. "We will review the decision and then draw the consequences for our continuing labour battle," he said. Lufthansa welcomed the decision and said it was ready to resume pay talks with VC at any time, but the carrier also said that it was considering whether to expand a claim for damages.

Lufthansa's management has said it must achieve cost cuts in order to compete with budget carriers, such as Ryanair, which are targeting the German market. Showing the benefits brought by having lower costs, Ryanair yesterday upgraded its profit guidance by 25 percent, sending its shares to an all-time high.

Lufthansa CEO Carsten Spohr has not given in to the pilots this time around, even though the strikes have cost the carrier over 300 million euros ($334.17 million) even before this week's walkouts. "When it comes to strikes, you're damned if you do and damned if you don't," Jonathan Wober, chief financial analyst at CAPA-Centre for Aviation, told Reuters. "Strikes can hurt your reputation and lead to a loss of bookings, but if you don't stand firm then the underlying problems can't be solved."