Discussion on the ‘Brexit' gains momentum in Europe 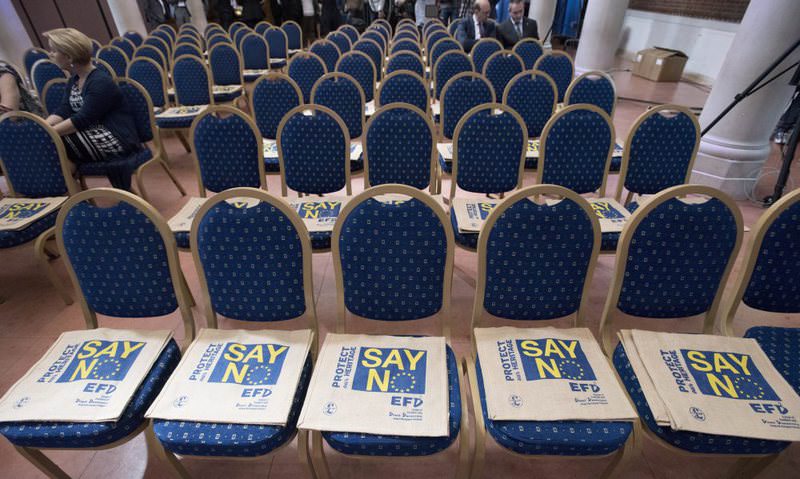 by Ali Ünal Sep 12, 2015 12:00 am
The word "Brexit" became popular across Europe following the U.K. general election in May 2015 when Prime Minister David Cameron reiterated the Conservative's commitment to hold a referendum on the U.K.'s EU membership by the end of 2017. Possible consequences of a Brexit were also among the prominent topics that were discussed at the 25th Economic Forum in Krynica, Poland.

Speaking in front of the "Brexit - the EU without the U.K. or the U.K. without the EU?!" panel on Thursday, Pawel Swidlicki, a policy analyst from Open Culture, said there are several growing concerns regarding a Brexit. Swidlicki pointed out that due to the EU customs union agreement the U.K. is not able to sign a free trade agreement with emerging markets. Swidlicki contended that the eurozone's current path as directionless and there is disagreement between EU member states over major budgeting issues. Tim Oliver from LSE Ideas said the Brexit movement is gaining support from all U.K. parties, even the Scottish National Party politicians. Stressing the Brexit is not about party politics, but British nationalism, Oliver said that the referendum will not address all relevant issues.

Irish Labour Party politician Dominic Hannigan said that Britain joined the EU to boost its trade, but could not get what it wanted due to the EU's lack of desire to make necessary reforms. Underlining that Cameron's Brexit proposal is also finding support in Ireland, Hannigan said that the EU should understand the U.K.'s concerns and should enable Cameron to address some of his concerns to keep Britain in the EU. Hannigan also said that the consequences of a Brexit have not been fully discussed by the public yet.

Former director of the Financial Operations within the European Commission, Paul Goldschmidt, on the other hand, stressed that a Brexit will have no winners and it will boost nationalist movements across Europe. In the case of a Brexit, Goldschmidt recalled that there is an exit policy in the Treaty Lisbon and these procedures will be followed, but it is very difficult to predict the consequences. Asserting that the EU can survive without Britain, Goldschmidt said that if the EU collapses there will be only one winner: Vladimir Putin of Russia.

Andras Vertes from GKI Economic Research said he shares similar sentiments with the other panelist, everybody will lose in a Brexit and the EU's transatlantic relations will be much more complicated. Vertes pointed out that even though the content of the U.K.'s re-negotiation with the EU is not very clear, the process might allow the EU to modernize itself.
RELATED TOPICS