Kuwait to buy Eurofighters in deal worth $9B 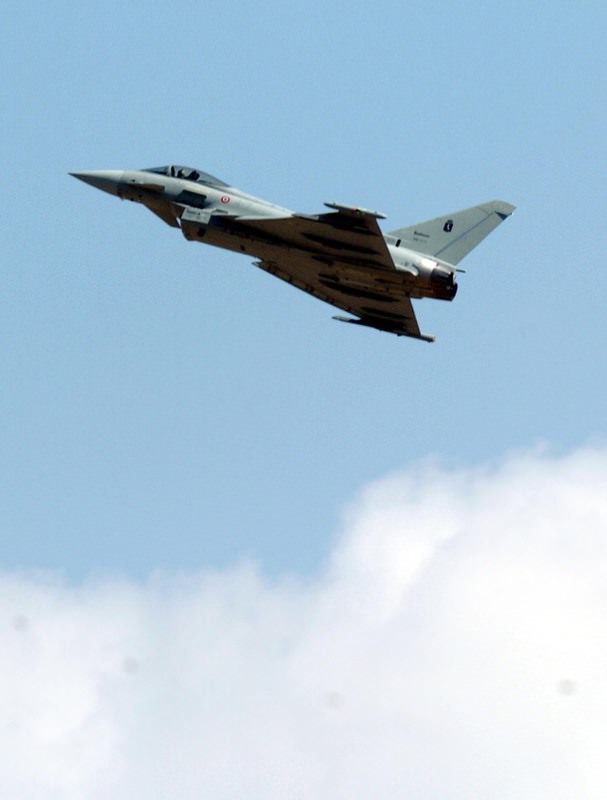 by Sep 14, 2015 12:00 am
Kuwait signed a memorandum of understanding to buy 28 Eurofighter jets, the consortium that makes the aircraft confirmed on Friday, making it the eighth country to purchase the combat planes.

Italian industry sources had told Reuters earlier that the Gulf state had agreed to buy Eurofighter jets in a deal worth up to 8 billion euros ($9 billion).

"We consider this agreement as a strong market signal for additional orders in the next few years," Eurofighter spokesman Theodor Benien said, adding that Denmark, Belgium, Malaysia, Indonesia and Saudi Arabia were among other interested customers.

The Eurofighter aircraft are produced by Italy's Finmeccanica, BAE Systems and Airbus . The sources said the 20-year-long deal with Kuwait would be finalized "in a few weeks".

Kuwait is also continuing separate negotiations with the U.S. government about buying 24 Boeing Co F/A-18E/F Super Hornets, a deal valued at over $3 billion, according to two sources familiar with the matter. An industry source said Finmeccanica was the leading partner of the Kuwait deal and expected to get over 50 percent of its value. The agreement, which includes future maintenance services, was for 28 jets, of which 22 would be single seaters and six double seaters, the source added.

Kuwait and other Gulf and Middle Eastern countries are looking to acquire new high-tech military equipment to protect themselves from neighbouring Iran and internal threats unleashed by the 2011 Arab Spring uprising. The Eurofighter Typhoon jets, which came into service in 2003, have been purchased by Germany, Britain, Italy, Spain, Austria, Saudi Arabia and Oman.