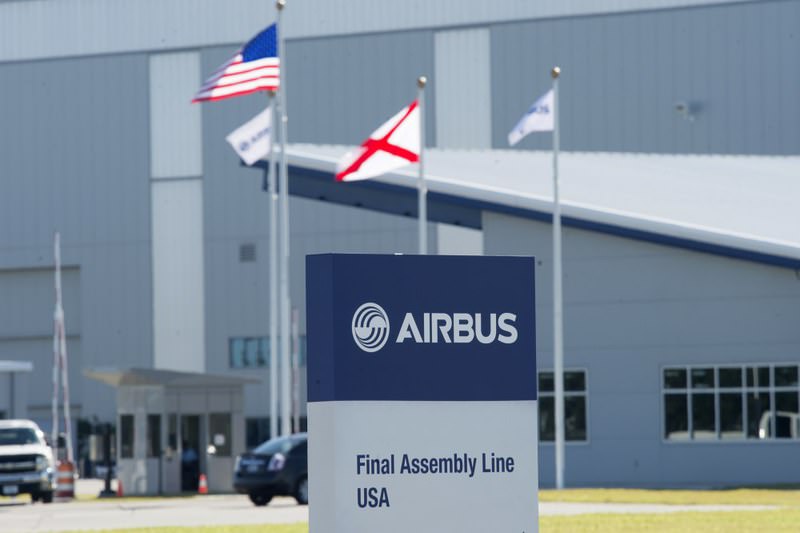 by Sep 15, 2015 12:00 am
European jetmaker Airbus took its fight for a bigger market share to rival Boeing's backyard on Monday, as it inaugurates its first production plant in the United States. The $600 million facility in Mobile, Alabama, is due to eventually employ about 1,000 workers. The move will also help Airbus cut costs. Alabama has one of the lowest minimum wages in the United States - $7.25 per hour - and strikes are rare in the state. Employment benefits are about 30 percent less expensive than in Europe. "It's a historic day," said Airbus CEO Fabrice Bregier. "Having an assembly line in the United States will increase our visibility."

Three years ago, Airbus had a 20 percent share of the U.S. market, against 80 percent for Boeing. Since announcing the Mobile plant, its market share has doubled to 40 percent. The company based just outside Toulouse, France estimates that it will get orders for 5,000 new planes in North America over the next 20 years. Airbus is betting it will benefit from its U.S. facility among American companies renewing their fleets. By producing in the United States, for example, Airbus will be freed from the variations in the euro to dollar exchange rate.

Based on the former Brookley Air Force Base where World War II planes were built, the Airbus facility is a 116-acre complex. The company has access to an additional 116 acres if it chooses to expand. The Mobile plant will assemble single-aisle A319, A320 and A321 jets, its best-selling product first launched in 1988. Starting in 2017, it will also assemble the A320 Neo, a new version with a more fuel-efficient motor. Airbus hopes to produce four planes per month starting in 2018, or 40 to 50 per year. But the jetmaker says it can build eight per month.
RELATED TOPICS