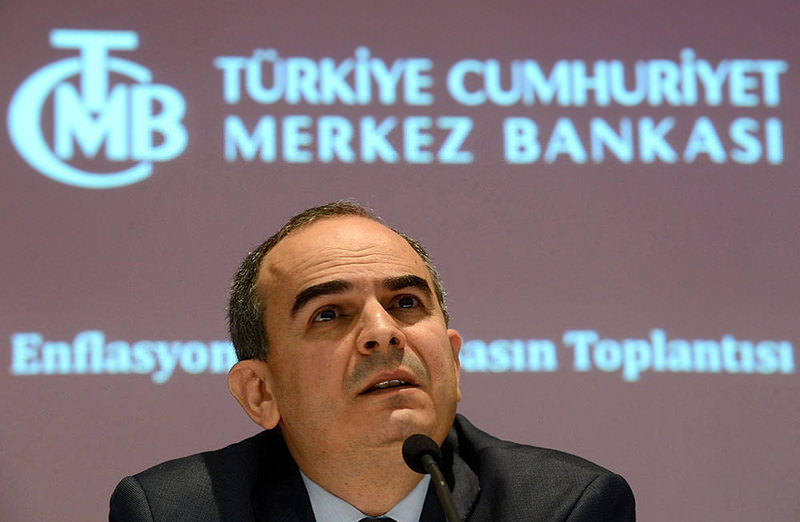 by Daily Sabah Sep 22, 2015 12:00 am
The Central Bank of the Republic of Turkey (CBRT) yesterday left its benchmark one-week repo and overnight borrowing rates at 7.5 percent and 7.25 percent, respectively. The bank also kept the marginal funding rate steady at 10.25 percent.

Following monetary policy decisions will be dependent on the speed of recovery in the inflation outlook, and a cautious stance will be kept until apparent recovery is achieved, a statement released by the CBRT said.

Growth is expected to positively increase through exports with the increase in demand from EU countries, the statement said, highlighting that if structural reforms are put into practice, the country's growth potential can significantly increase.

The statement emphasized the positive effect of low energy prices for inflation; however, recovery is being delayed by the fluctuation in currency rates, leading the CBRT board to maintain its tight liquidity policy.

The favorable developments in terms of trade and the moderate course of consumer loans are contributing to the improvement in the current account balance, according to the bank. The CBRT also stressed that external demand remained weak in the first half of the year, while domestic demand contributed moderately to growth.