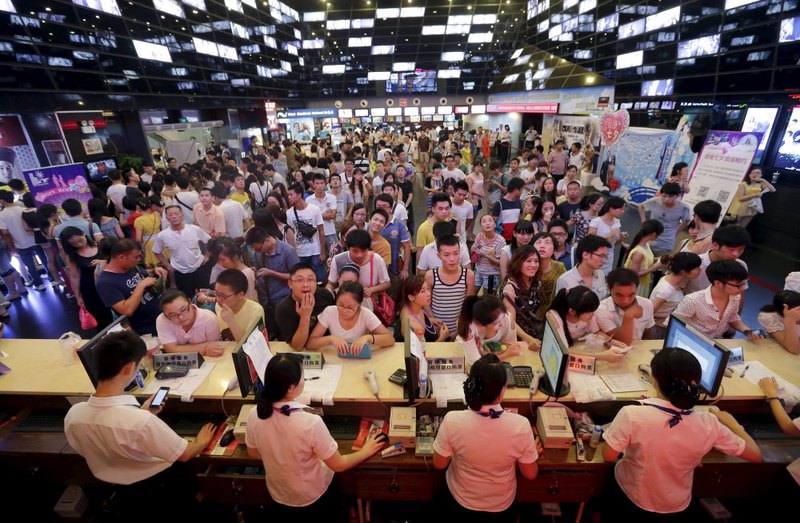 by Sep 22, 2015 12:00 am
US entertainment giant Warner Bros. plans a venture with China Media Capital to develop films for distribution in China and globally, according to a statement Sunday, as Hollywood seeks a greater share of the massive market. The new venture -- Flagship Entertainment Group -- will develop, fund, acquire and produce a wide range of films for distribution in China and around the world, it said. The first movies under the new imprint may emerge as early as next year.

Warner Bros. Entertainment will hold 49 percent of the venture, which will be headquartered in Hong Kong with offices in both Beijing and Los Angeles.

Shanghai-based China Media Capital (CMC), a private equity and venture capital firm, will lead a consortium which will hold a majority 51 percent stake in Flagship Entertainment, it said, adding Hong Kong broadcaster TVB is a member of the group. The statement linked the deal to this month's state visit by Chinese President Xi Jinping to the United States.

US studios are keen to get a bigger piece of the Chinese market, the world's second largest box office outside North America with revenue of $4.8 billion in 2014, according to the Motion Picture Association of America.

But the number of foreign films entering China is restricted to an annual quota of just 34 and they face censorship over content deemed politically sensitive or obscene. At the same time, cashed-up Chinese companies are ramping up investment in the foreign entertainment industry, as the country seeks to boost "soft power" by crafting films which appeal to global audiences. In March a unit of China's state-backed Hunan TV announced a $1.5 billion agreement to fund the movies of US studio Lionsgate. China's Huayi Brothers Media Corp. plans to jointly produce at least 18 films with US film and television studio STX Entertainment, while Chinese conglomerate Fosun International has taken a stake in US media company Studio 8.
RELATED TOPICS