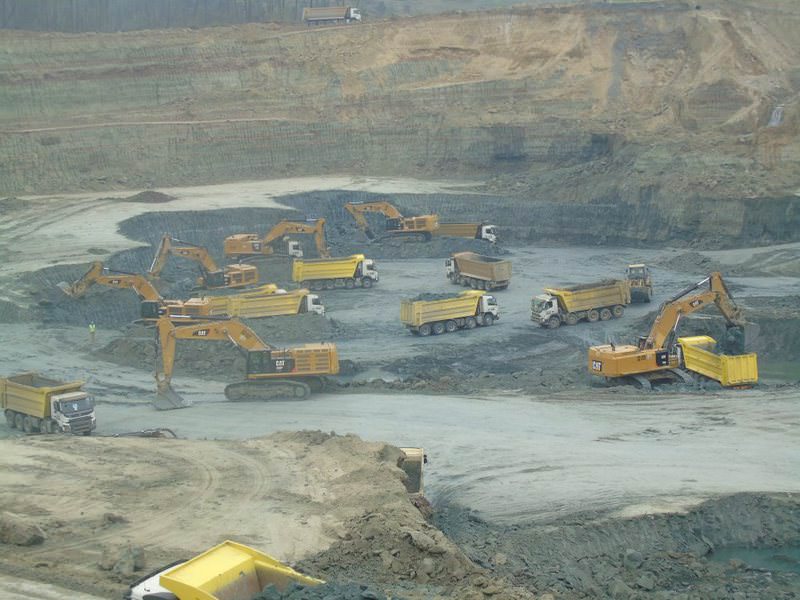 by daily sabah Sep 23, 2015 12:00 am
The financing package, prepared for the first phase of investments into Istanbul's third airport, is expected to be announced in mid-October. Ziraat Bank, Turkey's leading state-run lender, will have the lion's share in the financing package, which was written based on Turkish statutes, rather than British law, according to Turkish daily Dünya. The package will be the first one of this size to have been written using Turkish law.

The consortium consisting of five prominent Turkish construction companies - Cengiz İnşaat, Limak İnşaat, Kolin İnşaat, Kalyon İnşaat and Mapa İnşaat - offered 22.152 million euros plus value added tax (VAT) and won the tender that was held in May 2013 to gain the operating rights to the airport for 25 years. The consortium established the Istanbul Grand Airport (IGA) Corp. The airport, which is being constructed with a build-operate-transfer model, is slated to be inaugurated on Oct. 29, 2017, and have an annual passenger capacity of 90 million in the first phase. The airport is being constructed on a 76.5 million-square-meter area between Tayakadın and Akpınar villages on the European side and its annual passenger capacity will later be increased to 150 million. Public and private banks have long been working on the financial package that is needed for the airport project, which will also receive the largest loan from Turkish banks. It is reported that all institutions that have transferred funds to the financing package are domestic banks and it is Turkish financial institutions that are provide loans during all phases of its construction.

As all project finances have been prepared in accordance with the British statutes thus far, the project is being studied thoroughly in order to avoid any legal financial loopholes. The state will not spend any money on this project and will earn 22.152 million euros plus VAT over 25 years. The project will directly provide jobs to 100,000 people, a figure that will eventually balloon to 1.5 million, when including those to be employed in sub-sectors. The financing package of the first investment phase of will be between 7 to 7.5 billion euros, half of which will be shared by three public banks. Ziraat Bank will provide 1.5 billion euros and Halkbank and VakıfBank will provide 1 billion euros each. The remainder will be provided by the contracting company and private banks. Among private banks, DenizBank will contribute 500 million euros, while Garanti Bank and Finansbank will lend 300 million euros each.

The airport will have 165 passenger-boarding bridges, four terminals connected with a railway system, three maintenance buildings, eight air traffic control towers, six runways, 16 taxiways, an airport hangar of 6.5 million square meters with a capacity of 500 airplanes, a parking lot with a capacity of about 70,000 vehicles and touted as the largest airport parking lot in Europe, a clinic, fire department, hotels, a convention center and recycling and waste disposal plants. The airport will be connected to the Istanbul metro and multi-lane highways will be built to facilitate access. The area where the airport is being built was chosen with the consideration of ecological balance, wind data and the natural and artificial obstacles of the region.
RELATED TOPICS