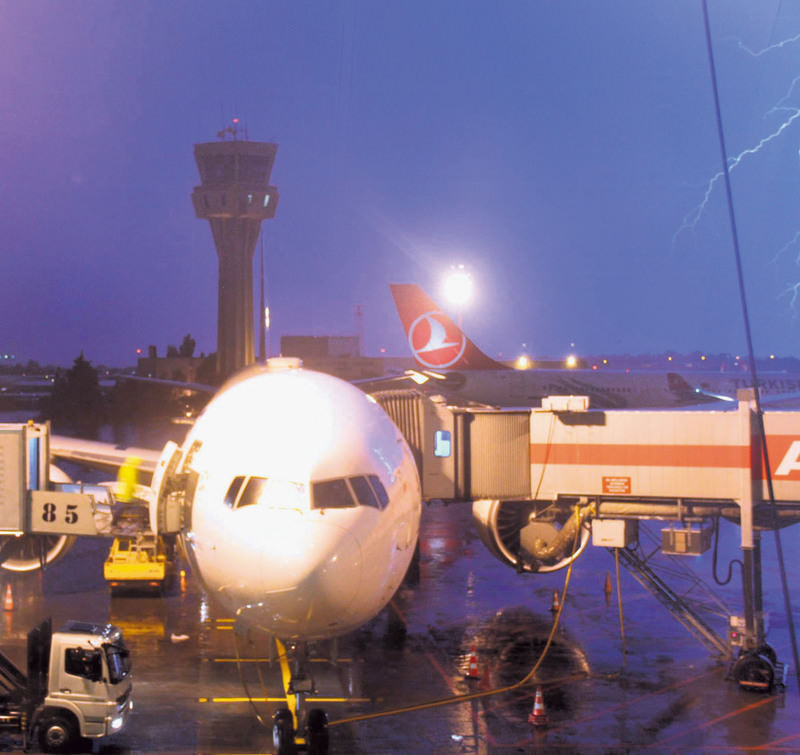 by Daily Sabah with AA Sep 24, 2015 12:00 am
Six large airports are gearing up to make new investments to increase their share in the international aviation sector. With new investments, Al Maktoum International Airport at Dubai World Central will have the greatest annual passenger capacity of 200 million and will be followed by Istanbul's third airport, which will have an annual passenger capacity of 150 million.

According to the annual report released by the International Air Transport Association (IATA), the aviation sector carried a total of 3.3 billion passengers and 50 million metric tons of cargo last year. The center of gravity of civil aviation has started to shift toward the Middle East with new investments and projects in recent years. Fast-growing air carriers that have assertive strategies such as Emirates, Etihad, Qatar Airways and Turkish Airlines have brought the region to the forefront in the global aviation sector.

Istanbul's new airport is expected to challenge Al Maktoum International Airport, as official data reveals that the number of passengers that rendered service in Dubai between 2013 and 2014 increased by 6 percent on an annual basis, while this figure was 11 percent in Istanbul.

The third airport of Istanbul will offer flights to more than 350 destinations. Specialists suggest this broad flight network will make the city one of the major aviation centers in the world.

Philip Butterworth-Hayes, a global aviation specialist at the U.K.-based PMI Media that offers consulting services in aviation, aerospace and defense industries, told Anadolu Agency that Istanbul's new airport will have to compete with Al Maktoum International Airport in order to be an international aerial transportation hub in the region.

Butterworth-Hayes stressed that an airport project that aims to render service to global markets, rather than domestic ones, would be a risky investment. Butterworth-Hayes said the number of passengers using air transport will double in many parts of the world in the next two decades, adding, "Long-term aviation trends indicate that Turkey needs such an airport as it is in an ideal position to offer services to short-haul destinations between the Middle East and Europe."

Butterworth-Hayes said there are other big cities apart from Istanbul and Dubai that have investments to have larger shares in the international aviation industry adding, "Al Maktoum International Airport and Istanbul's new airport will compete to be the center of civil aviation in the region. In order to succeed, Istanbul's airport has a well-financed and fast-growing local customer portfolio with its development plans that cover nearly 20 years."
RELATED TOPICS