Bernanke: Wall St execs should have gone to jail for crisis 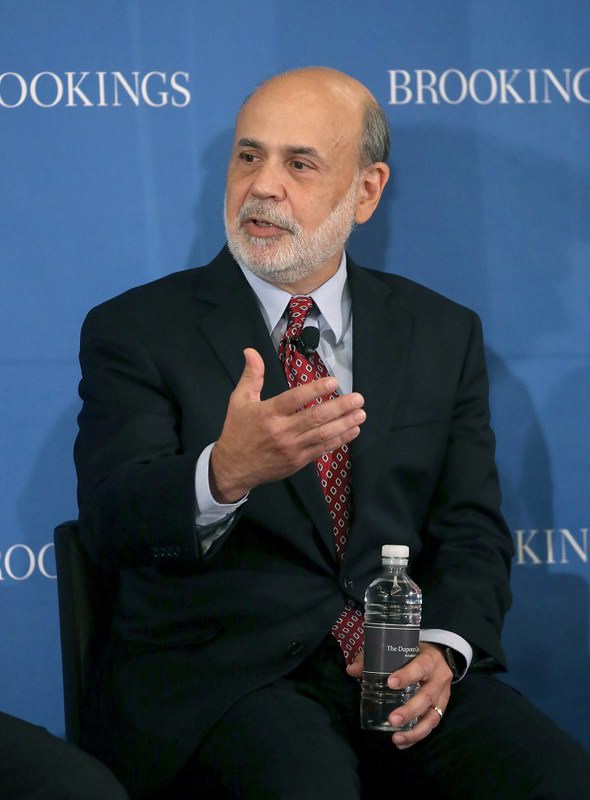 by Associated Press
Oct 06, 2015 12:00 am
Former Federal Reserve Chairman Ben Bernanke says some Wall Street executives should have gone to jail for their roles in the financial crisis that gripped the country in 2008 and triggered the Great Recession.Billions of dollars in fines have been levied against major banks and brokerage firms in the wake of the economic meltdown that was in large part triggered by reckless lending and shady securities dealings that blew up a housing bubble. But in an interview with USA Today published Sunday, Bernanke said he thinks that in addition to the corporations, individuals should have been held more accountable.

"It would have been my preference to have more investigations of individual actions because obviously everything that went wrong or was illegal was done by some individual, not by an abstract firm," Bernanke said.

Asked if someone should have gone to jail, the former Fed chairman replied, "Yeah, I think so." He did not, however, name any individual he thought should have been prosecuted and noted that the Federal Reserve is not a law-enforcement agency. Bernanke is promoting his new 600-page memoir, "The Courage to Act: A Memoir of a Crisis and Its Aftermath," which is scheduled to be published Monday.

He began the book after leaving the Fed in 2014. The memoir details his take on the crisis in which the government took over mortgage giants Fannie Mae and Freddie Mac and provided hundreds of billions in aid to the biggest U.S. financial institutions.

The Associated Press obtained an early copy of the book last week. He writes that the taxpayer-provided bailouts of banks and Wall Street firms were hugely unpopular, but says they were necessary to avoid an economic catastrophe.

"I certainly was not eager to bail out Wall Street and I had no reason to want to bailout Wall Street itself," he told USA Today. "But we did it because we knew that if the financial system collapsed, the economy would immediately follow."