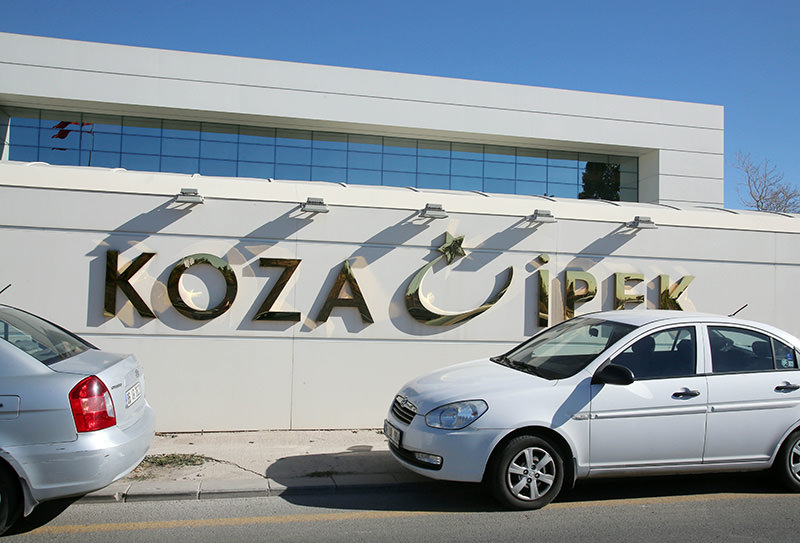 by daily sabah Oct 26, 2015 12:00 am
By the request of Ankara Public Prosecutors' Office, the Ankara Fifth Criminal Court of Peace decided Monday to assign trustees to administer Koza İpek Holding and its affiliate companies which are alleged to have links with the Gülen movement.

The company's shares lost more than 5 percent value in the Borsa Istanbul stock exchange (BIST) after the decision was announced.

Turkish police launched a probe in August into Koza İpek Holding, suspected of financially supporting and disseminating propaganda for a terror organization, authorities said. Police units from the Combating Organized Crimes branch of the Ankara Police Department raided the holding's 23 companies. The holding is suspected of providing financial support and distributing propaganda of what government officials call the Gülenist Terror Organization (FETÖ), police sources said, which is led by U.S.-based Turkish imam Fethullah Gülen who lives in self-imposed exile in rural Pennsylvania. During the search, the police confiscated documents and computers belonging to the holding company.

A special team from the Financial Crimes Investigation Board (MASAK) has begun to investigate all details related to 23 companies owned by Koza İpek Holding after police launched a probe last week of August into the holding company after a decision from the Ankara 7th Criminal Court of Peace. All banking transactions, money transfers and financial relations of the foundations and companies related to the Gülenist Terrorist Organization (FETÖ) were being investigated.

In the investigation in which Akın İpek, the group's chairman, was accused of being the director of the Gülenist Terror Organization, it was claimed that $7.04 billion was illegally transferred to the holding's bank accounts located in Bahrain, Malta and Cyprus. However, $4 billion out of this sum could not be documented, according to the reports prepared by the Financial Crimes Investigation Board and Organized Crime Control Bureau. It was alleged that the non-documented balance is the money compiled for the Gülen Terror Organization.

The Gülen Terror Organization is accused of conspiring against the state, wiretapping thousands of people including government officials and encrypting phones. The organization has been labeled a threat against the country's national security. According to Turkish law no: 6415, as part of the United Nations Security Council's regulation regarding the prevention of financing terrorism, providing financial support to a terrorist organization is a crime; thus, operations can accordingly take place and assets frozen.