Istanbul, the underground town of 7,000 employees 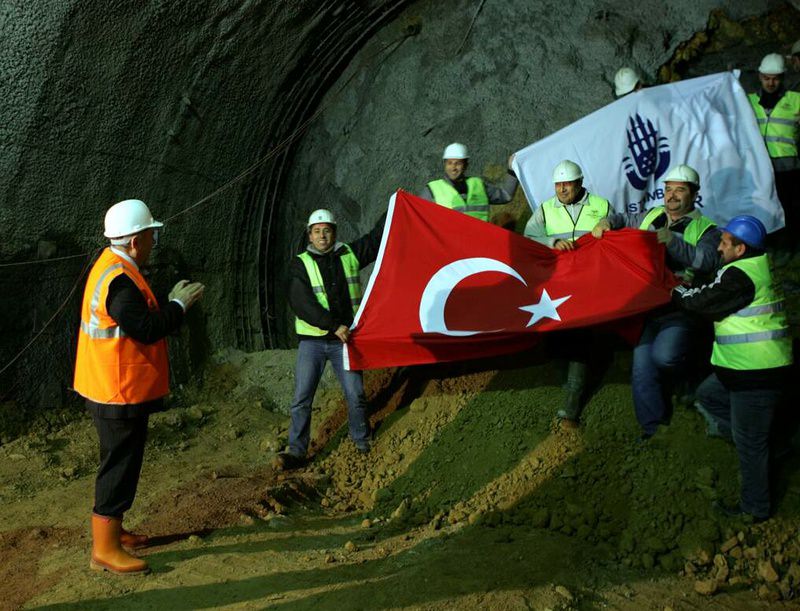 by Zeynel Yaman Nov 02, 2015 12:00 am
With more than 7,000 employees working underground for the construction of new metro lines and tunnels in Istanbul, the city has become reminiscent of a small underground town. A total of 3,494 people are employed as a part of the Istanbul Metropolitan Municipality's metro construction on the Üsküdar-Ümraniye-Sancaktepe-Çekmeköy and Kartal-Pendik-Kaynarca lines on the Anatolian side, in addition to 1,740 and 2,000 employees deployed on the Mecidiyeköy-Mahmutbey metro line on the European side and the Eurasia Tunnel, respectively.

According to Rail System Department data, construction work on Kartal (Yakacık)-Pendik-Kaynarca (Tavşantepe) metro line is underway and work on archaeological discoveries at the Vezneciler metro station continues. The number of underground workers is expected to reach 10,000 with the start of construction work on the three-story underground metro tunnel. Before excavation, a geological map of the land below the surface is drawn by conducting thorough drilling. According to the obtained data, different excavation support systems and methods are used. Consolidation is done in line with the state of the ground.
Last Update: Nov 02, 2015 2:28 am
RELATED TOPICS