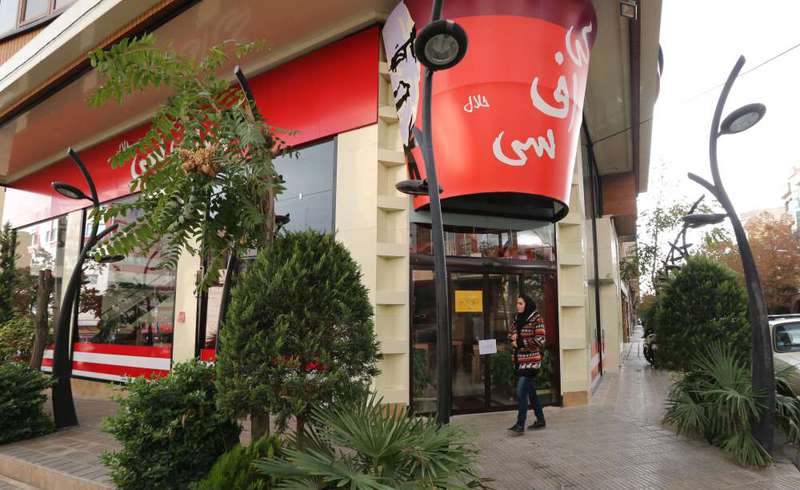 by Daily Sabah with DPA
Nov 05, 2015 12:00 am
A Tehran branch of American fast food chain KFC has shut after just 24 hours, an Iranian news agency reported on Tuesday without giving any reason for the closure. However there is a scandal behind the closure after the parent company of KFC announced that the outlet in Iran is "illegitimate" and is seeking legal action. "We are shocked with the news that an illegitimate KFC outlet has opened in Tehran, Iran," a Yum! Brands spokeswoman told Al Arabiya News in an emailed statement on Tuesday.

"No franchise rights have been granted to any party in Iran. We are in contact with local authorities and external advisers and will be filing a legal action against any company or individuals claiming to have rights to open KFC," the statement added.

However, the restaurant's manager said that authorities had made a "misunderstanding" and that "Halal KFC" was not affiliated to the U.S. chain. "We are part of a brand known as Halal KFC, which comes from Turkey. It belongs to Muslims and its target market is Muslim nations," Abbas Pazuki told the Tasnim News Agency.

Ali Fazeli, head of the Iranian Chamber of Commerce, was quoted by the ILNA press agency as saying that "no American fast food chain has a restaurant in Iran." "Food products from Iranian KFC have nothing to do with KFC" in the United States, he added. According to the BBC, state media outlets reported the opening of the restaurant as a first sign of "creeping U.S. influence."

KFC, originally known as Kentucky Fried Chicken, opened a branch in 2012 in Tehran, but that also closed after only a handful of days. KFC and fellow fast food company McDonald's are seen as symbols of American imperialism and capitalism to many hardline Iranian clerics. Few have opened since the Islamic Revolution in 1979. After an agreement between the West and Iran over its nuclear program in July, relations have thawed and there were reports that both KFC and McDonald's had applied to open more branches in Iran, in the hope they would be popular. Iranians often make the chains their first port of call when travelling aboard. There are already several local versions of the famous names in Iran, but the food on offer has little to do with that offered by the American companies.