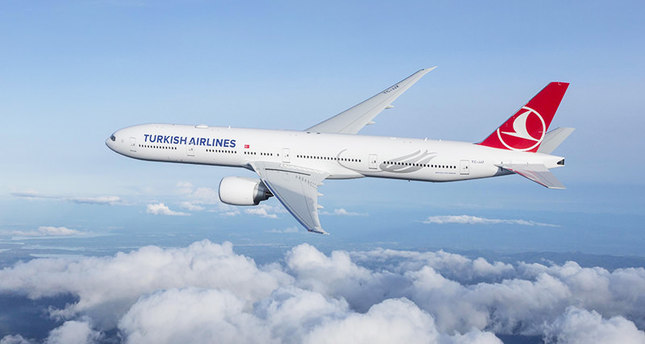 The margin of the company's earnings before interest, taxes, depreciation and amortization (EBITDA), which is a good measure to see the company's potential to generate cash, increased by 5.5 points reaching 26.6 percent during the January-September period of 2015 compared to 26.2 percent in the same period last year.

The airline recorded a capacity increase of 12,6 percent (available seat km) during this nine-month period and carried 46,5 million passengers in its 341,000 flights with a load factor of 79 percent.

Another highlight of this year was having been selected as "Best Airline in Europe" for the fifth time in a row.

Turkish Airlines currently flies to 50 domestic and 230 international destinations, a total of 280 destinations in 110 countries across Europe, Asia, Africa and the Americas.