Human rights ‘takes a back seat' as Britain boosts trade 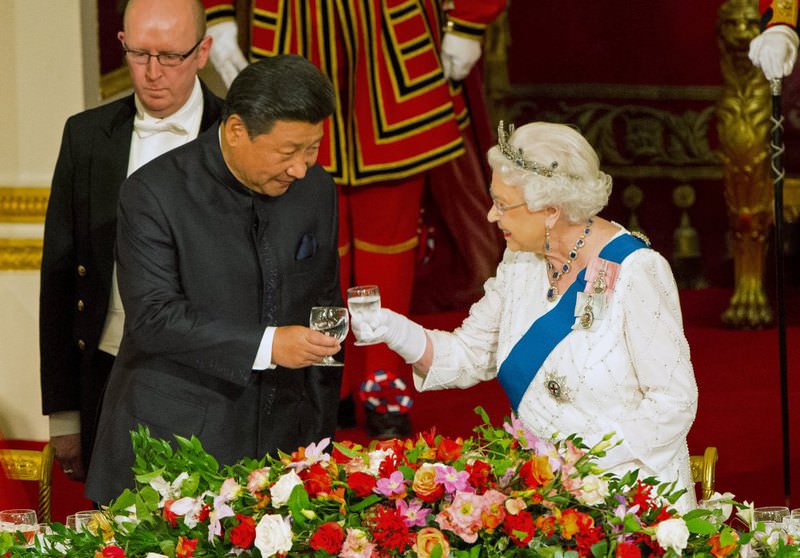 Campaigners complained that human rights are no longer a top priority for the British government, as it seeks to boost trade following visits by the leaders of China, Egypt and Kazakhstan

Promoting human rights abroad has become a lower priority for Britain as it seeks to boost trade, campaigners have complained, following visits by the leaders of China, Egypt and Kazakhstan in recent days.

Last month the British government was forced to abandon a prisons training deal with Saudi Arabia after a public outcry over the Arab state's punishments of flogging and execution for crimes including pro-democracy activism.

"The U.K. prides itself, or has prided itself, on its championing of human rights globally and holds itself up as a protector of the rule of law," said Karla McLaren from rights watchdog Amnesty International.

In an unusually frank exchange in September, a senior Foreign and Commonwealth Office (FCO) official told parliament's foreign affairs committee that human rights had taken a back seat to economic concerns.

This was partly due to a more "constrained environment," the official said, referring to deep cuts to the FCO budget as part of the government's austerity drive.

"Although it is one of the things we follow, it is not one of our top priorities," FCO Permanent Undersecretary Simon McDonald told the committee. "I would dispute that it is low down, but I would not dispute that right now the prosperity agenda is further up the list." Experts say much of the shift has happened since the ruling right-leaning Conservative party won an outright majority in a May general election.

The party had previously ruled in coalition with the left-leaning Liberal Democrats, who were seen as acting as a brake on some of the Conservatives' more rightist policies.

Since the election, the FCO has dropped the previous explicit references to the abolition of the death penalty and torture prevention in its human rights priorities.

"Our new human rights themes are democratic values and the rule of law; the rules-based international system, and human rights for a stable world," the FCO said.

FCO officials and others say building economic and other ties can help further human rights issues, and that in some cases a balance must be struck with economic and strategic concerns.

"I think we're more likely to be effective privately if our relationship with China is seen as important to China. And with a lot of these countries, publicly upbraiding them has the opposite of the desired effect," the head of parliament's foreign affairs committee Crispin Blunt told AFP.

The charity Reprieve has decried the sale of British security equipment to Egypt, where in recent years hundreds have been sentenced to death, often after cursory mass trials and for involvement in political protests. "We are potentially complicit in the abuses carried out by those countries," said a Reprieve spokesperson.

"Forging much closer ties when these terrible abuses are taking place, in some cases trying to sell security products to the Egyptian government, is surely storing up problems for the future and going against the government's aim to promote stability."

Amnesty's McLaren pointed to British arms and equipment sales to Israel and Saudi Arabia, as well as Egypt.

"Under the arms trade treaty and other international treaties there is a clear obligation for the U.K. to make sure that in any arms transfers there is no risk they could be used to commit human rights abuses," she said.

"And with all of those countries we believe there is a clear risk that arms sales could fuel abuses, so the U.K. risks breaking the very international treaty it helped to champion."
Last Update: Nov 07, 2015 1:45 am
RELATED TOPICS