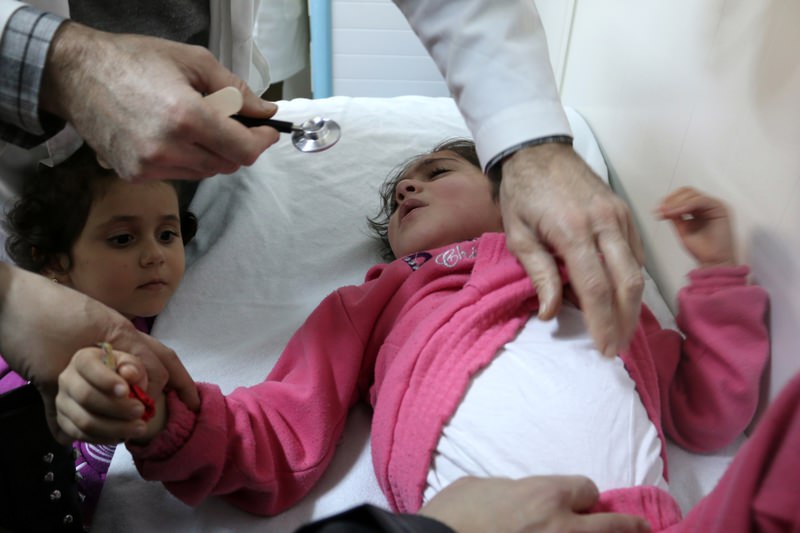 by Daily Sabah Nov 07, 2015 12:00 am
Turkey's official development aid increased 47.3 percent in 2014 compared to the previous year, reaching $6.4 billion. Turkey distributes development aid via the Prime Ministry's Turkish Cooperation and Coordination Agency (TİKA). Turkey also increased the amount of support it provides with a total of $3.59 billion in aid, an increase of 8.6 percent compared to 2013, according to official figures. Seen as one of the most important elements of international cooperation, development aid consists of aids in kind or in cash, provided for facilitating the growth of developing countries and helping to solve their urgent problems.

The bilateral development aid provided by Turkey in 2014 focused mostly on Middle Eastern countries, following the pattern of the past three years. The amount of financial humanitarian aid, which has steadily grown since the arrival of Syrian refugees, has reached $2.5 billion. The region to which Turkey provided the second-most aid was South and Central Asia, with $486.6 million in 2014. Asia is followed by Africa, with $383.3 million, and the Balkans and Eastern Europe with $ 133.8 million.

In 2014, Syria topped the list of countries to benefit from Turkey's humanitarian aid, followed by Tunisia, Kyrgyzstan, Somalia and Palestine. The development aid Turkey provided to underdeveloped countries over the same period also increased seven times, reaching $1.5 billion. The main recipients of Turkey's help were Somalia, Afghanistan, Yemen and Sudan. Turkey's capital outflow also focused on South and Central Asia as in the previous year, but has continued to benefit various regions from Africa to Latin America, Europe and the Far East. The $1.926 billion energy investment made in Azerbaijan stands out as the most remarkable investments Turkey made in 2014. On the other hand, the development aid provided by Turkey-based non-governmental organizations reached $368.28 million in 2014. Syria, Palestine, Somalia and Bosnia-Herzegovina were among the countries that Turkish nongovernmental organizations facilitated the most.