Lufthansa cabin crew headed toward a strike yet again 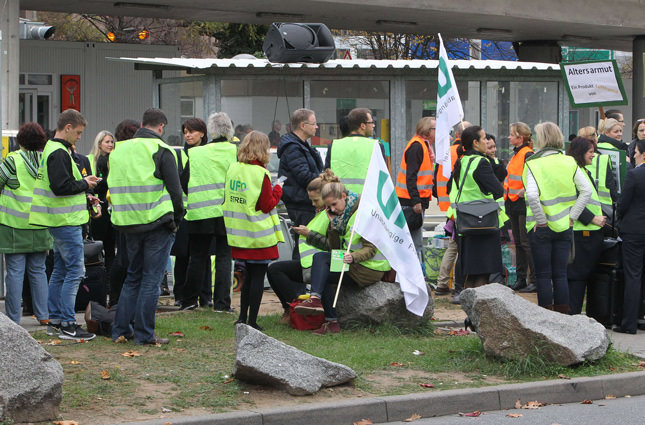 by French Press Agency - AFP
Nov 08, 2015 12:00 am
German airline Lufthansa faced more aviation chaos Monday as cabin staff said they would resume a strike in a battle over cost cuts.

The stoppage -- part of rolling industrial action expected to continue until Friday -- was due to hit Frankfurt, Duesseldorf and Munich airports on Monday, the UFO flight attendants' union said.

UFO last Thursday said industrial action had become "unavoidable" after airline management failed to come up with an improved offer in a dispute over pay and early retirement provisions.

The stoppage affected all domestic and European flights from Frankfurt and Duesseldorf, Germany's busiest and third-busiest airports.

Flights resumed for one day Sunday "because on that day, most flights are private", said UFO.

UFO has said it plans to target different airports over the course of the week-long blitz of walkouts.

The union is demanding that a current system of early retirement provisions remain unchanged.

Lufthansa argues that the system is too expensive in the face of competition from low-cost operators such as Ryanair and easyJet.

The dispute with cabin staff is separate from a long-running battle between management and pilots over the company's plans to change the pilots' early retirement arrangements.

The pilots, who are also concerned about Lufthansa's aim to further develop its low-cost activities, have staged repeated walkouts during the dispute.