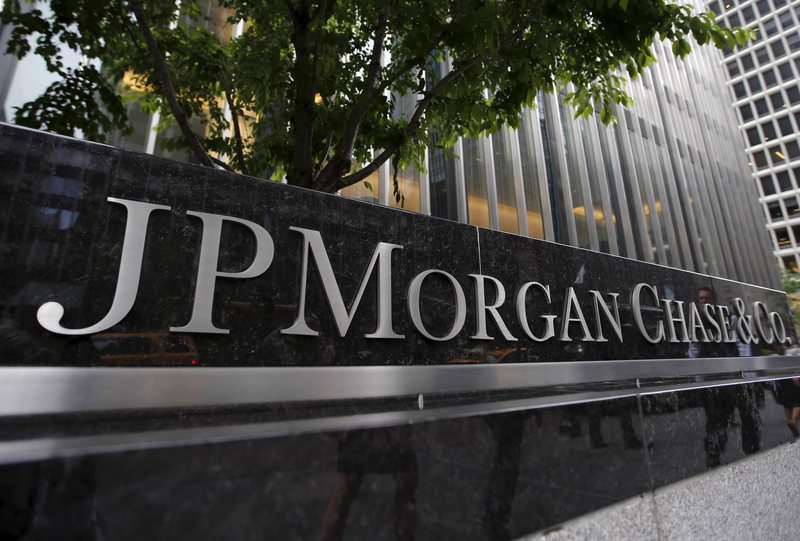 A view of the exterior of the JP Morgan Chase
by French Press Agency - AFP
Nov 10, 2015 12:00 am
Four people were charged Tuesday in a massive hacking scheme that compromised personal data from tens of millions of customers of banking giant JPMorgan Chase, the Dow Jones media group and online brokers ETrade and Scottrade.

One indictment unsealed Tuesday charged three people in the computer breach against the huge bank and other organizations. The other person was charged in an indictment for a bitcoin scheme to launder the proceeds of the hackers.

The bank revealed last year that a hack had compromised data on 76 million household customers and seven million businesses, including their names, email addresses and telephone numbers.

The indictment unsealed in New York federal court said the three defendants charged in the hacking led a "sprawling cybercriminal enterprise" which hit at least a dozen firms including banks and brokerages.

JPMorgan Chase was not cited in the indictment, but the bank confirmed the investigation was linked to the breach disclosed last year.

"We appreciate the strong partnership with law enforcement in bringing the criminals to justice," bank spokeswoman Patricia Wexler said in a statement.

"As we did here, we continue to cooperate with law enforcement in fighting cybercrime."

Two Israeli nationals -- Gery Shalon and Ziv Orenstein -- and U.S. citizen Joshua Samuel Aaron were charged with multiple counts of fraud, conspiracy and other charges related to the hack.

Among the various schemes alleged in the indictment, the defendants used the stolen data to send emails in an effort to artificially pump up the prices of certain "penny" stocks -- a so-called "pump and dump" operation.

In July, Shalon and Orenstein were arrested in Israel, and U.S. officials detained Anthony Murgio, who was charged with operating an illegal money transfer service using the bitcoin virtual currency that helped launder the profits from the scheme.

Murgio was accused in a separate indictment of operating the Coin.mx service that was used to conceal the gains of the hackers.

Aaron's whereabouts were not immediately known. In July, officials said he was believed to be in Russia.
Last Update: Nov 10, 2015 8:17 pm