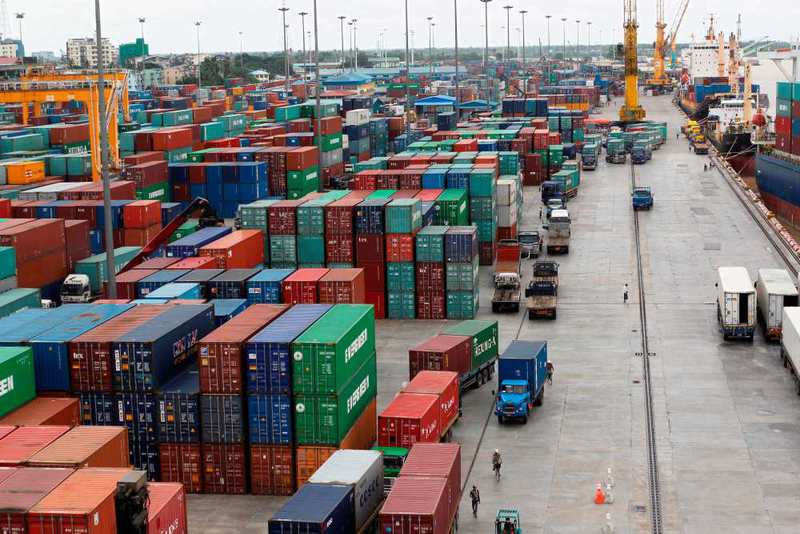 A slowdown in international trade could be a harbinger of a new recession for the world's leading economies, the OECD warned. It says trade figures are deeply concerning because of stagnation this year

Global trade flows have fallen dangerously close to levels usually associated with a global recession, although actions taken by China and others should ensure a pick-up in 2016, the OECD said in a report yesterday.

The OECD said the U.S. Federal Reserve should nevertheless go ahead with its first rate hike since the financial crisis as a recovery gains steam in the United States and Europe, despite a slowdown mostly centred on emerging markets and China.

It said global trade would grow by only 2 percent this year, a level it has fallen to only five times in the past five decades and that coincided with downturns: 1975, 1982-83, 2001 and 2009. "This is deeply concerning," OECD Chief Economist Catherine Mann said in the introduction to the report. "World trade has been a bellwether for global output."

But the organisation said it expected global output growth to pick up to 3.3 percent next year helped by stimulus measures in China, albeit less than the 3.6 percent it expected previously, before accelerating to 3.6 percent in 2017.

"Policy actions are already being implemented that will help to address the weak underlying trends. For example, China has announced a range of stimulus measures including lowering bank lending rates and expanding infrastructure investment," Mann said. Growth in the United States should reach 2.4 percent this year and 2.5 percent next year, it said, cutting its 2016 outlook from a previous 2.6 percent. It sees 2.4 percent growth in 2017.

"Rate normalisation should therefore proceed cautiously, while remaining mindful of the risks of waiting too long," the OECD said. It added that it assumed the Fed would lift rates in December and then increase them gradually. The OECD, which had called for a September "lift-off" only to see the U.S. central bank hold rates steady, said the delay had caused large cross-border capital flows and volatility, making life difficult for emerging market policymakers.

And although the United States has seen robust growth and falling unemployment, workers' pay has yet to pick up there.

"Without wage growth, the recovery will lose steam, and prospects for the US to support the rebound in global trade and growth will come into question," Mann said.

The OECD also trimmed its forecast for the euro zone to 1.5 percent this year and 1.8 percent next year, from 1.6 percent and 1.9 percent previously. It trimmed its 2016 forecast for Germany and France but raised Italy's. For China, the OECD raised its 2015 forecast to 6.8 from 6.7 percent and kept its 2016 forecast at 6.5 percent. It expects Chinese growth to slow to 6.2 percent in 2017.