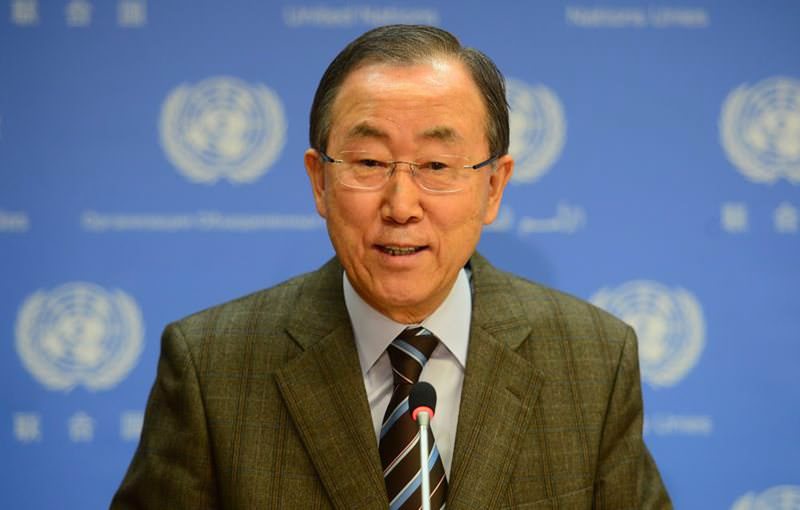 by Daily Sabah with AA Nov 11, 2015 12:00 am
UN Secretary-General Ban Ki-moon will visit Turkey from Friday to Monday to participate in a G-20 summit and hold face-to-face talks, his spokesman said Wednesday.

Stephane Dujarric said Ban is scheduled to attend working sessions at the summit, "including on development and climate change, growth strategies and employment, as well as terrorism and the refugee crisis".

Leaders of the G-20 major economies, including the U.S. Russia, China and Japan, are to descend on the Mediterranean resort city of Antalya on Sunday and Monday to discuss global economy at the tenth annual meeting of the group.

Turkey, currently holding the presidency of the group, announced it would focus efforts during its term on ensuring inclusive and robust growth through collective action.
Last Update: Nov 12, 2015 12:15 am
RELATED TOPICS