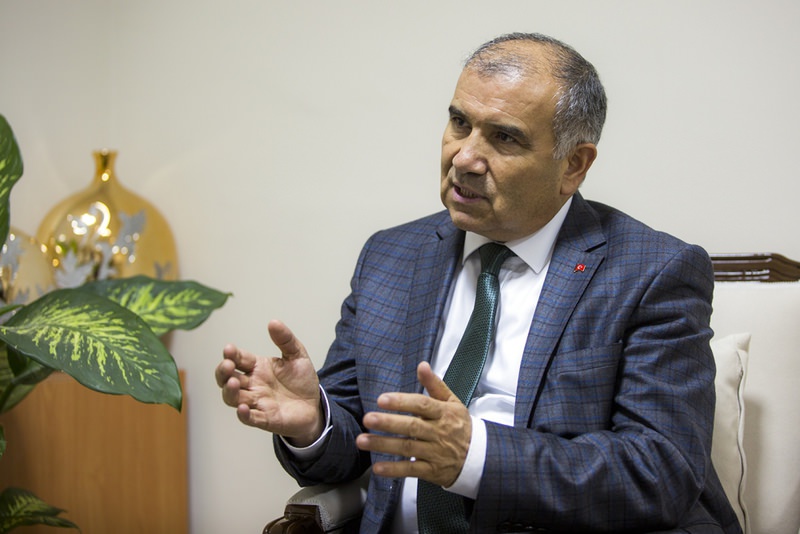 by Uğur Becerikli Nov 12, 2015 12:00 am
Energy and Natural Resources Minister Ali Rıza Alaboyun has announced that Soma province in western Turkey has more than 100 tons of gold reserves, 14 percent of Turkey's overall gold reserves of 700 tons, which are expected to contribute $2.5 billion to the economy.

In addition to gold, Mineral Research and Exploration (MTA) General Directorate teams have discovered copper, lead and zinc in the village of Kiraz in Soma, as a result of drilling activities that have continued since 2013 at a depth of 100 meters.

Alaboyun also said 2 billion tons of coal reserves were found in Konya's Karapınar province, which is the largest after the Afşin-Elbistan coal reserves in Kahramanmaraş, adding that there are big shale gas reserves in Thrace and Central Anatolia. Referring to Turkey's high potential in boron mining, Alaboyun stated that 45 percent of the world's boric acid is produced in Turkey; however, it is not very lucrative as it is sold as a raw material. If it can be sold as a worked material, it will bring more profit for Turkey, the minister added.

Boron is a kind of industrial salt that is used in nearly 250 fields, including health, agriculture, defense industry and chemistry as well as in airbags and the glazing of ceramic plates.

According to Alaboyun, the government decided to establish a Boron Specialized Organized Industrial Zone (BOROSİB) to allow boron and its derivatives to be effectively used in industry. The industrial zone, where companies, institutes, universities, local administrations, banks and public bodies are located, also aims to help establish sectors that use boron chemicals in production and bring added value to the economy and help establish connections between universities and industry.

In reference to the coalmining act that the U.S. launched in 1964 after 71 mineworkers died in a mining accident, Alaboyun suggested Turkey should have a separate mining ministry like in Australia and Canada, considering that mining is quite different from all other natural resources. "We need full-scale laws and regulations in mining," he underlined.

According to the minister, the Boron Institute has produced boron carbides from boron wastes, which are the hardest material after diamond. Boron carbides are used in the production of helicopter bases and steel vests that are resistant to Kalashnikov bullets.
RELATED TOPICS