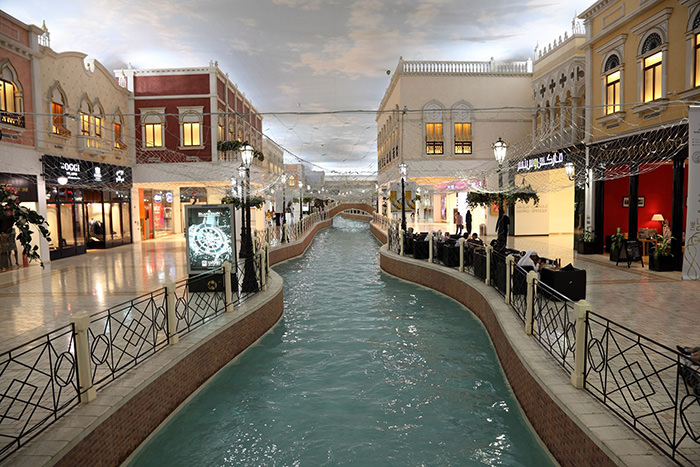 Villagio Mall Shopping Center, Doha
by Nov 25, 2015 12:00 am
Qatar's only directly elected body is to discuss introducing family-only days at major shopping malls in a move dubbed a "bachelor ban" that is likely to restrict access for foreign labourers.

What sounds like an innocuous idea is proving highly contentious and threatens once more to expose the 2022 football World Cup host's fraught relationship with its vast foreign workforce.

The proposal, which will be discussed by the Central Municipal Council (CMC) on December 1, would restrict entrance to the country's eight biggest malls to families only on one day each weekend, either Friday or Saturday.

Many blue-collared male workers who have moved to Qatar alone, sometimes leaving behind families, would in effect be banned from entering the nation's most popular malls, potentially on the only day of the week they get to relax.

The proposal is being championed by a CMC member, Nasser Bin Ibrahim Al-Mohannadi, who claims the presence of the male labourers in the malls is intimidating for locals, especially women.

"Qatar is a family-based society, and it is the right of families to have a day especially for them," he told AFP.

"Malls are not just for shopping but also for entertainment and family gatherings."

Mohannadi represents the coastal city of Al-Khor, around 50 kilometres (31 miles) north of the capital, Doha.

He said locals there had complained to him about the "large number" of laborers gathering in one of the city's malls.

His solution was to revive the idea of a "family day", a policy previously in place but which had fallen out of favor because it was not enforced.

Mohannadi has the backing of one of the two women who sit on the 29-member CMC, Sheikha Al-Jufairi, who described it as "an absolutely essential requirement".

"Families are complaining that they cannot enter the big malls on weekends because of the huge number of laborers," she said.

"Families suffer and we want to allocate one day, either Friday or Saturday, and the rest of the week is open to laborers.

"Moreover, there are many other malls they (laborers) can use on that family day."

She added, however, that the proposal was not aimed specifically at blue-collared workers.

"It is not a matter of laborers. It is a matter of singles and families from all nationalities, even single Qataris. We do not discriminate against anyone."

The CMC does not have the power to enforce the ban, but has asked the economy and commerce ministry to intervene to ensure malls comply.

An official from that department will attend December's meeting.

Malls play a central role in the day-to-day life of people in Qatar, especially during the baking hot summer months.

On most days throughout the year, the biggest malls will be full, used by Qataris and expats, including many labourers.

There are about 1.8 million foreign workers, mostly male, who make up about 90 percent of the population in the tiny Gulf state. Many work on major infrastructure projects directly or indirectly related to the World Cup.

The proposal has already caught the eye of human rights groups, which have been quick to warn the policy could further impact on Qatar's reputation, which has been savaged since being awarded football's biggest tournament. "This looks like discrimination by stealth," says Nicholas McGeehan, Gulf researcher at Human Rights Watch. "It will certainly have a detrimental effect."

McGeehan says he "doesn't buy" the explanation that the proposal is motivated by family concerns and says it raises the prospect of "segregation".

"When you are receiving so much criticism on workers' rights, why would you add racial discrimination to the mix?"

It also comes on top of a recent map published by the country's urban planning ministry showing which areas in Qatar, including large parts of Doha, were designated "no-go zones" for labourer accommodation.

George, a pipe-fitter from Ghana who lives in Qatar but has a wife and two children back home, told AFP while in the popular City Center Mall in Doha that any shopping restrictions would cause a "big problem".