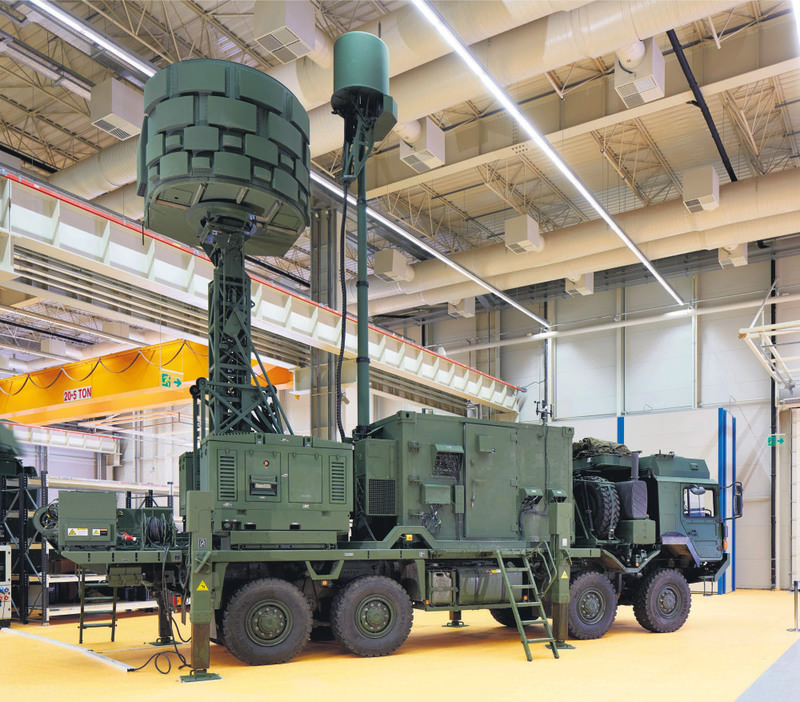 Turkey's leading defense systems producer ASELSAN exhibited its anti-tank missile system for the first time at the 12th International Defense Industry Fair (IDEF'15) in May.
by Dec 15, 2015 12:00 am

Emerging producers, meanwhile, continued to strengthen their presence. Two Turkish arms-producing companies ranked in the top 100: ASELSAN, which increased its sales 5.6 percent in 2014 but has moved down in the ranking from 66th to 73rd; and Turkish Aerospace Industry (TAI), which entered the top 100 at 89, with a growth in arms sales of 15.1 percent. "Turkey is seeking more self-sufficiency for its arms supplies and this, coupled with an aggressive export drive, has contributed to the rapid growth in revenue for ASELSAN and TAI," said Pieter Wezeman, another senior researcher at SIPRI. South Korean companies also raised their profile in 2014, increasing their total sales 10.5 percent compared to 2013.

Total turnover for the 100 biggest arms and military services companies declined for the fourth year in a row, falling by 1.5 percent from 2013 to stand at $401 billion. The top company was U.S.-based Lockheed Martin, which saw sales grow by 3.9 percent to $37.5 billion for 2014.

Companies based in Western Europe and the United States continue to dominate the top 100, with 80 percent of total market share. But sales for Western European and U.S. companies decreased 3.2 percentage points between 2013 and 2014.

In Western Europe "a large part of the defense spending, which is missing, is from procurement. It's easier to cut procurement than to cut salaries - so the quickest thing to do is just buy less," said Siemon Wezeman, a senior researcher at SIPRI's Arms and Military Expenditure Program.

Meanwhile, the 36 companies representing the rest of the world on SIPRI's list saw their sales soar 25 percent, boosted by an almost 50-percent rise in Russian arms sales.

The combined annual revenue growth of the 11 Russian companies on SIPRI's list from 2013-14 was 48.4 percent, according to the report.

The top Russian company on the list was Almaz-Antey, taking 11th place with a turnover of $8.84 billion. Almaz-Antey manufactures the BUK missile, which was allegedly used to shoot down a Malaysia Airlines Boeing 777 on July 17, 2014 over Ukraine.

Much of Russia's weapons production is delivered to its own armed forces, but it also has large clients in other parts of the world, including India and China - both big players in the arms race.

Moscow has also provided arms to Syria since the Soviet era, although Damascus is now receiving very little, Wezeman said. After an almost five-year conflict that has left 250,000 people dead and forced millions of others to flee, Syria no longer has the financial means to buy weapons from Russia.

"The Russians basically say: you pay, then we deliver, otherwise we don't do it," Wezeman said. Russian arms sales do not appear to have suffered much from the international sanctions slapped on Moscow after its annexation of Crimea in March 2014. Weapons industry officials have said the sanctions have merely prompted Russia to seek out new markets and develop new technologies. But because of its conflict with Russia, Ukraine's arms sales have plunged 37.4 percent.

"The noticeable decline in sales for Ukrainian companies was largely due to disruption caused by the conflict in eastern Ukraine, the loss of the Russian market, and the fall in the value of the local currency," Wezeman said.

A total of 15 Asian companies, excluding Chinese manufacturers, entered the Sipri top-100 list. The Swedish institute does not include China in its list due to a lack of reliable data.
RELATED TOPICS