First auction for the 3-level Grand Istanbul Tunnel on Wednesday 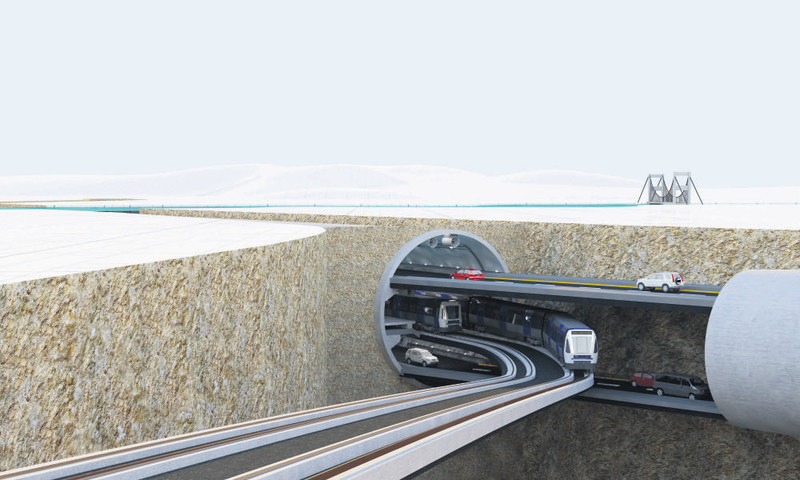 by Daily Sabah Dec 23, 2015 12:00 am
The preparation and engineering projects for the Three-Level Grand Istanbul Tunnel are to be auctioned Wednesday by the infrastructural investments directorate of the Transport, Maritime Affairs and Communication Ministry. After the completion of the auctioning process, the engineering projects of the Three-Level Grand Istanbul Tunnel will be completed within one year.

The Three-Level Grand Istanbul Tunnel was one of Prime Minister Ahmet Davutoğlu's most important election promises as the government seeks to find a solution to Istanbul's traffic problems. With the outcome of the Nov. 1 elections, which saw the Justice and Development party win with nearly 50 percent of the vote, the implementation of the mega projects has gained momentum.

The Tunnel will be integrated with TEM Highway, E-5 Motorway and Northern Marmara Highway. The journey between Hasdal Junction on the European Side of Istanbul and Çamlık Junction on the Asian Side will drop to 14 minutes with the construction of the tunnel and 6.5 million passengers a day are expected to use the tunnel.

As one of these mega projects, the Three-Level Grand Istanbul Tunnel will be the first three-level tunnel in the world and will consist of both a metro line and dual motorway. The fast metro line will enable a 40-minute commute from İncirli to Söğütlüçeşme and a 14-minute commute by car from the Hasdal intersection to the Ümraniye Çamlık intersection. The project is included in the 2023 Transportation Projection, an initiative to reduce Istanbul's traffic woes. This project combined the "fast metro tunnel project," which will start from Bakırköy-İncirli along the E-5 highway and reach Söğütlüçeşme, similar to the Marmaray and the "highway tunnel" with 2x2 lanes, in order to relieve the traffic on the Fatih Sultan Mehmet Bridge, the second bridge on the Bosporus. Instead of separate tunnels, a single tunnel will be built for both the metro and a dual highway Bosporus crossing.

Lastly, the project is designed to leave residential areas undisturbed and support the TEM axis so as to avoid an urban eye-sore that would ruin the city's skyline.
Last Update: Dec 23, 2015 4:13 pm
RELATED TOPICS