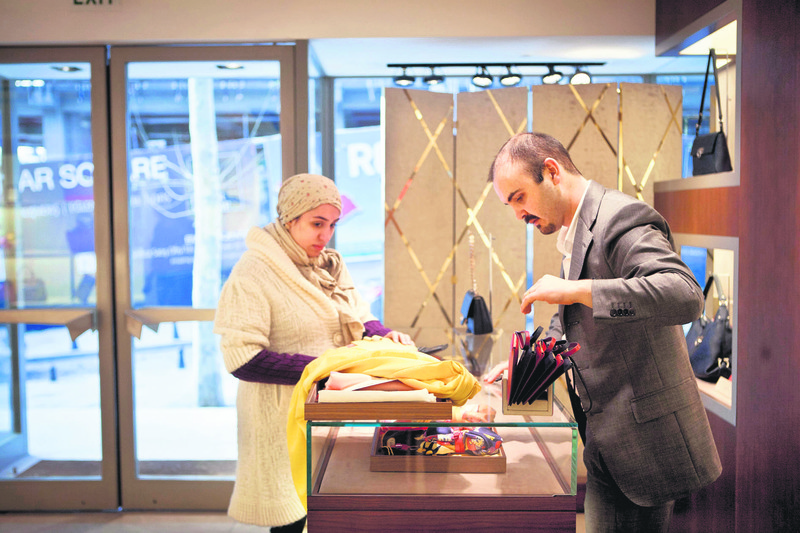 by Anadolu Agency Jan 02, 2016 12:00 am
Turkey now boasts more than 100,000 millionaires, making it the Middle East's top country for the wealthy, according to an expert on high net worth individuals. Andrew Amoils of New World Wealth in London predicted Turkey would see a 60 percent increase in the number of millionaires living in the country by 2025. Wealthy individuals are particularly attracted to Istanbul's high-end boutiques, expensive restaurants and spacious seaside villas. "Istanbul is the undoubted jewel of the Middle East in terms of wealth," Amoils told Anadolu Agency. "Despite the rise of Dubai and Doha, Istanbul remains the main hub of Middle Eastern business. Whilst Dubai and Doha rely on only a few sectors, Istanbul is strong in a much larger number of key sectors."

Amoils states, "Istanbul also remains the main gateway of investment into the rest of the Middle East, as a large number of Istanbul-based businesses have big investments and projects in other Middle Eastern countries." Of the 100,200 high net worth individuals (HNWIs) in Turkey with assets of $1 million or more, 5,200 HNWI have net assets of over $10 million. Turkey is followed by the United Arab Emirates, which counts 72,100 HNWIs among its population. Israel has 71,700 HNWIs and Saudi Arabia 59,000. "The HNWI number in Turkey has grown by 145 percent since 2000 and by 90 percent since 2005," Amoils said, adding that there are 28 billionaires in the country, which has a population of 78 million. In the last four years, luxury brands such as Prada, Hermes, Louis Vuitton, Gucci, Chanel, Christian Louboutin, Ralph Lauren and Armani all have opened at least two outlets in Istanbul, while Ermenegildo Zegna and Burberry have three stores each. According to Euromonitor International, a London-based market intelligence firm, Turkey accounted for 1 percent of global luxury spending in 2015 - a market that is expected to double over the next two years to $5.4 billion.

New millionaires were primarily springing up in Eastern Europe as well as Turkey, Euromonitor said in a March report.

Amoils, whose researchers compile data from sources such as country wealth reports, said HNWI numbers had been boosted by the migration of approximately 12,000 rich individuals to Turkey since 2000, mostly from the Middle East and North Africa.

The 460,000 HNWIs living in the Middle East at the end of 2014 held nearly half of the region's $4.6 trillion wealth, according to New World Wealth. The consultancy claims there are around 13 million millionaires in the world holding assets worth $66 trillion.
RELATED TOPICS