Turkish firms run out of patience due to pressure from Russia 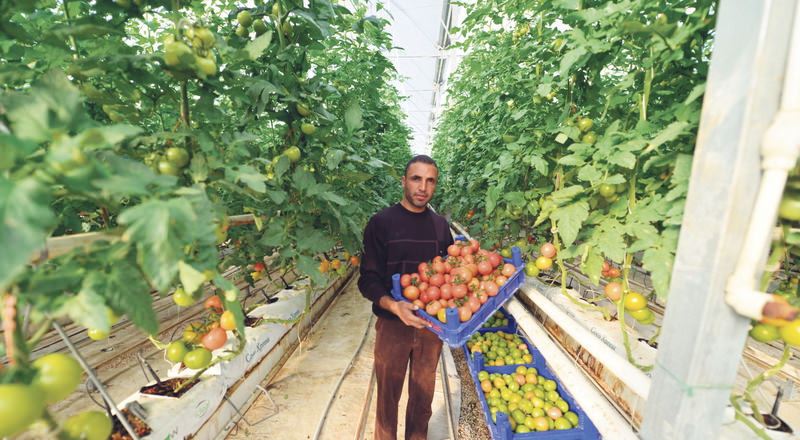 Following Russia's sanctions, which violate international trade law, Turkey has been preparing to speak out about the pressure Russia is putting on Turkish businesses, addressing the issue with international agencies

Turkey is preparing to file a complaint against Russia's recent economic sanctions to the World Trade Organization and other international courts. Speaking to Daily Sabah, Economy Minister Mustafa Elitaş noted that in small cities across Russia, Turkish companies are being pressured to transfer their shares to their Russian partners. "Trade needs to have a moral basis as well. These entrepreneurs have put their trust in the Russian government and invested in the country. We are trying to be patient but we are expecting an embargo against Turkey," said Elitaş. Now the complaints brought to the Russian table are under consideration for delivery to the World Trade Organization, noted Elitaş who pointed out that, currently, they are collecting evidence. "We will reclaim the rights of all those who have suffered in international courts," added Elitaş.

He further noted that he thinks the situation with Russia is like the weather report; sometimes sunny and sometimes rainy or partly cloudy. "When it is cloudy, their treatment is not in accordance with internationally accepted trade rules. Problems are resolved through discourse. We established a Russian Desk as soon as the crisis emerged," stated Elitaş.

The economy ministry has been taking precautions in dealing with the crisis in Russia and despite the negative trends evident in the global economy; the ministry will strive to turn 2016 into a year of opportunities.

After the incident with Russia, the ministry held a meeting with exporters of fresh fruits and vegetables, taking steps to resolve the issue of Turkish goods being transported to Russia and those that have been held in Russian customs.

The main complaint received by the Russian desk is regarding the pressures applied on companies in smaller cities which have Russian partners, as the Russian sanctions will jeopardize the investment reputation of Turkish companies and ruin the company's investment integrity. "There are companies that we invite to our country for investment and if we apply sanctions to all the countries we encounter problems with, it will cost us our reputation in the international arena," said Elitaş.

Russia's first sanctions were on the exporting of fresh fruit and vegetables, yet some of their sanctions -- such as not allowing Turkish ships to land -- cause consumable goods to be ruined. Currently, a tomato costs about TL 6 ($2.10) in Russia, which indicates that along with Turkish exporters, Russia's general public is also suffering.

Similar pressures are evident in different sectors as well and Turkey might consider implementing counter-embargoes. The threats in smaller cities have not been confirmed yet and, as Elitaş noted, "We do not have any problem with the Russian public, preventing tourists from coming is against human rights and freedom of movement," said Elitaş.

Turkey has a backup plan regarding exports and plans to divert its Russian exports to alternative markets such as Kenya, Nigeria and other African countries.

The visit of the Turkish President to Saudi Arabia was well received and Elitaş thanked the Saudi King and his son for promoting the "Use Turkish Goods" campaign after the crisis with Russia. The problems with ships passing through the Suez Canal were also discussed and the Saudi Arabian side noted that they will follow up on the issue.

"Each crisis has its opportunities and while developed countries are backing down, Turkey should fill the gap, especially in sectors such as textile and confectionary, where Turkey has proven itself as a reliable brand," Elitaş said, adding that the technology standards in Turkey should be increased in order to compete with developed countries and create its own trusted brands.

Regarding the Fed's recent decision, Elitaş said the decisions will bring positive results as they rule out the uncertainties in the markets and will decrease the fluctuations in foreign exchange rates.

In addition, experts on receivables of Turkish companies in Russia and their legal status note that investors should be treated equally and fairly in countries they invest in and companies facing unlawful pressures and unfair treatment in Russia may request compensation for their losses. Turkish companies may apply in international courts and with the World Trade Organization; however, all applications should go through the government. Further, a Mixed Arbitration Court can be established for the compensation of mutual losses.
RELATED TOPICS