First section of Istanbul-İzmir highway to open this month 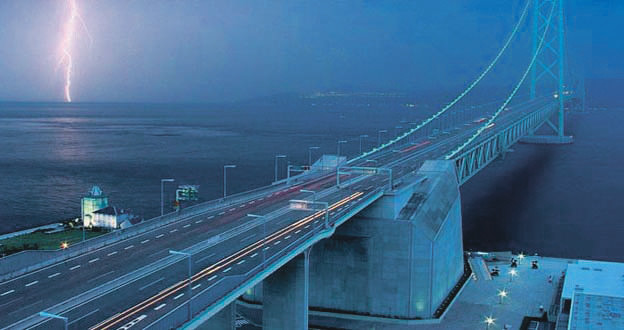 by daily sabah Jan 06, 2016 12:00 am
The 40-kilometer section of the Istanbul-İzmir highway between the Gemlik and Altınova districts in the northwestern provinces of Bursa and Yalova will be inaugurated with a ceremony on Jan. 15.

The highway project currently stands out as the single-biggest investment in Turkey's history with its TL 18 billion ($6 billion) budget, without expropriation costs. A total of 384 kilometers of highway and 49 kilometers of connection roads will be constructed as part of the project, which will decrease the journey between Turkey's largest and fourth-largest cities to three hours from eight.

After two years of construction, the work on the largest intersection of the road – the Karsak intersection near the Orhangazi district – was also finalized. The opening section, which crosses the Samanlı Mountains with tunnels and viaducts, will greatly relieve the traffic between the provinces of Yalova and Bursa.

Bursa Governor Münir Karaloğlu said the opening section will facilitate highway access between Turkey's fourth-largest city, Bursa, and Topçular, the southern terminus of ferries crossing the Gulf of İzmit. "This project is very important for Bursa. It will contribute greatly to the integration of Istanbul and Bursa, in industry, economy and tourism" Karaloğlu said.

The İzmit Gulf Bridge is also expected to open in late March or early April. When completed, the 2,682-meter-long bridge, along with the opening section of the Istanbul-İzmir highway, will reduce the travel time between Istanbul and Bursa to one hour, while reducing the traffic in the region and density in ferry terminals, especially during holiday seasons.
RELATED TOPICS