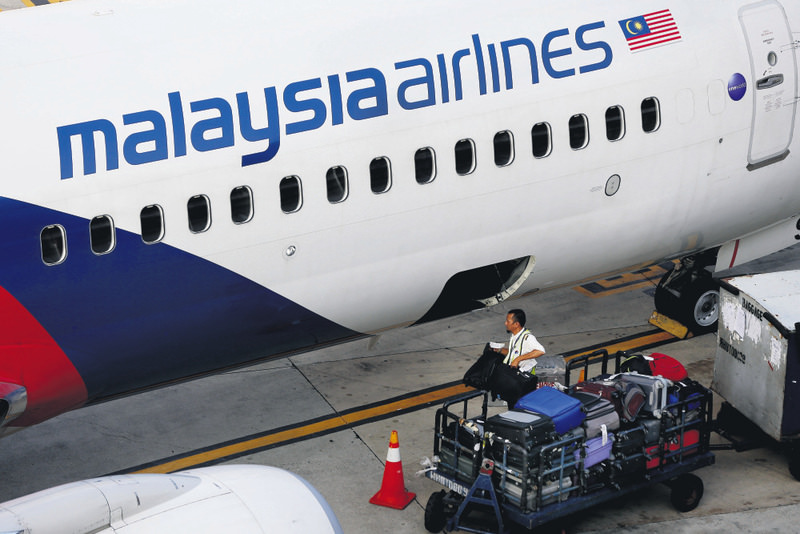 by French Press Agency - AFP Jan 07, 2016 12:00 am
Less than 24 hours after telling Europe-bound passengers they were not allowed to take check-in baggage because of "unseasonably strong headwinds", Malaysian Airlines did a sudden U-turn on Wednesday. The troubled carrier, whose MH370 flight went missing in 2014 on its way to Beijing and has still not been found, had said it was limiting baggage to reduce weight. It cited concerns about its planes being able to carry enough fuel as they had to fly a longer and different route due to its own "risk assessment" and handle strong headwinds "in excess of 200 knots".

Suitcases could be checked in on other flights, but would arrive much later than their owners, the company had said. The move was blasted as "ludicrous" and "strange" by industry analysts. But in a sudden about-face yesterday, Malaysia Airlines ditched its baggage rules and said passengers could carry the normal amount of luggage.
RELATED TOPICS