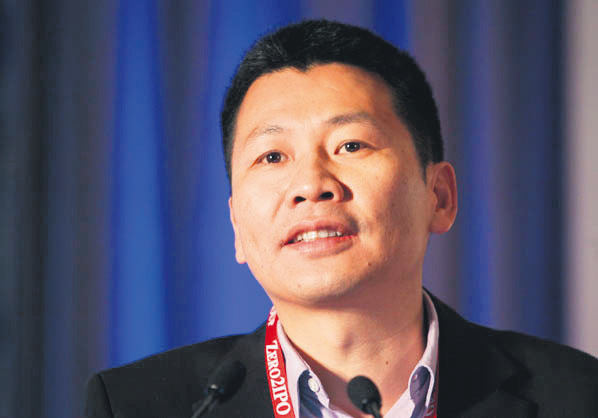 by French Press Agency - AFP Jan 09, 2016 12:00 am
The chairman of one of China's most prominent fashion firms, Metersbonwe, has disappeared, the company said, prompting media speculation Friday that he may have been caught up in the country's anti-corruption drive.

Metersbonwe could reach neither Zhou Chengjian, ranked China's 62nd richest man last year by wealth publisher Hurun, nor the secretary of the board, it said in a statement to the Shenzhen stock exchange, where it is listed. Trading in its shares would remain suspended, it said on Friday, "to protect investors' interests." Without citing a source, the Qianjiang Evening News said Zhou may have been detained in connection with an insider trading case.

The announcement came only weeks after the four-day disappearance of Guo Guangchang, dubbed "China's Warren Buffett" and the chairman of one of China's biggest private-sector conglomerates, Club Med owner Fosun. Fosun said he was cooperating with judicial authorities as reports linked him to a corruption investigation. Chinese authorities are targeting the financial sector as part of a sweeping anti-graft campaign following a stock market rout that rocked global markets over the summer. Hurun estimated Zhou's net worth at $4.1 billion. Once a poor tailor, he built up Shanghai-based Metersbonwe into one of the best-known fashion brands in China.

The firm is one of the most prominent of several unusually named English-language brands in China that are largely unknown outside the country.

Like a homegrown H&M, the company specializes in inexpensive clothing for young people and has nearly 5,000 outlets and franchises across the country, according to its website. The Metersbonwe name was created from Chinese characters intended to sound foreign to domestic consumers, reports say.

In recent years it has sought to build its brand internationally. Actor Shia LaBeouf wore a Metersbonwe t-shirt in the third Transformers film in 2011.
RELATED TOPICS