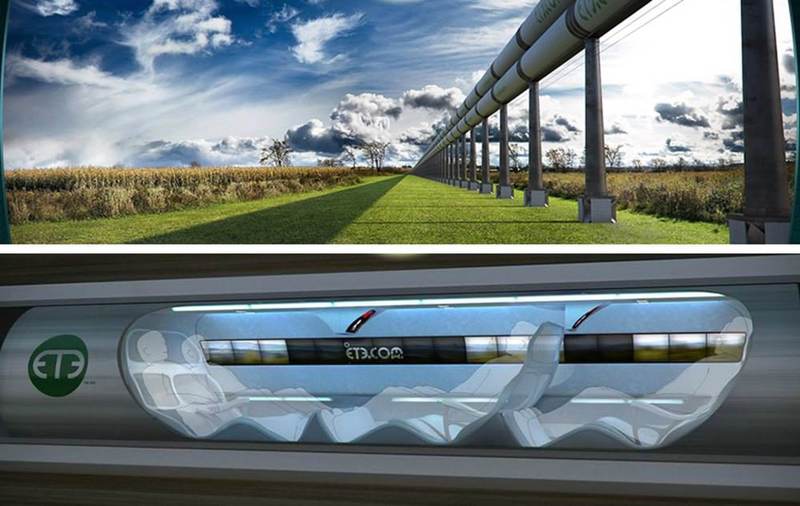 by Hayrettin Bektaş Feb 05, 2016 12:00 am
A team from Istanbul Technical University (İTÜ) has been included in the development of the fifth Hyperloop transportation system as developed by SpaceX, owned by billionaire technologist Elon Musk. Once the project is completed, the journey between Istanbul and Ankara, which takes roughly one hour by plane, will shorten to 25 minutes. The İTÜ students have been shortlisted for the new project which will focus on the development of a new high speed land vehicle, the "Hyperloop," which was developed by entrepreneur Elon Musk. With the support of Turkey's Zorlu Holding, the students presented their projects in the U.S., which were selected as some of the best projects among 1,200 others presented by various teams from all over the world.

The İTÜ's Sci-X Hyperloop Pod design team gave a detailed presentation about their projects at the SpaceX Hyperloop Pod Competition Weekend in Houston, Texas. An Hyperloop is an innovative, ground public transportation system which allows passengers and cargo capsules to be placed inside a reduced-pressure tubal system that increases the speed of travel while ensuring safety. Passengers travel within the capsules, which move within aluminum pipes that are placed on columns, at intervals ranging from 450 to 900 meters. A demonstration system is expected to be commissioned in 2018 in California, with other countries following suit. Currently, the journey between Istanbul and Ankara is about five hours by car and one hour by plane but, with the initiation of the project, as first developed by Musk in 2013 - this journey would only take about 25 minutes, as the passenger capsule travels at hypersonic speeds of up to 800 kilometers per hour.

When the project was initially announced, it was noted that no patents would be obtained for the project, which will be an open source project. The SpaceX Hyperloop Pod Competition Weekend, organized by SpaceX to motivate students, was held from Jan. 29-30, with competing teams facing a jury. The pod designs which are selected will be subject to a series of tests before production will commence, with pods being tested on a special testing strip - measuring 3 kilometers in length - after testing is completed in June 2016 in California.
RELATED TOPICS