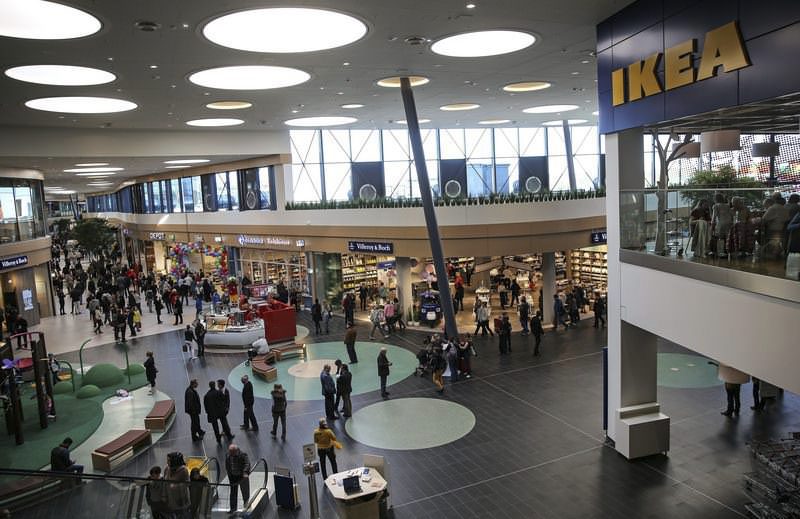 |EPA Photo
by Associated Press Feb 05, 2016 12:00 am
There is Samsung of South Korea, Sony of Japan, BMW of Germany and IKEA of Indonesia. Wait! IKEA of Indonesia? Yes, at least in Indonesia, if not worldwide.

The furniture giant, founded in Sweden in 1943, has lost a trademark dispute in Indonesia after the country's highest court agreed the IKEA name was owned by a local company.

Indonesian rattan furniture company PT Ratania Khatulistiwa registered its IKEA trademark on Dec. 2013. It's an acronym of the Indonesian words Intan Khatulistiwa Esa Abadi, which refer to the rattan industry.

The Supreme Court's ruling was made in May last year, but only surfaced publicly this week with its publication online by the court on Thursday.

The court said IKEA, which registered its trademark in Indonesia in 2010, had not actively used the trademark in three consecutive years for commercial purposes and it could be deleted under Indonesia's trademark law.

IKEA's only outlet in Indonesia opened near the capital Jakarta in late 2014.

Supreme Court spokesman Suhadi, who goes by one name, said Friday that the ruling was not unanimous. One of the three-judge panel said in his dissent that the trademark law cannot be applied to a company as big as IKEA and much larger than the plaintif, Ratania.

Officials at Ratania, which is located in Indonesia's second-largest city Surabaya, refused to comment. IKEA in Indonesia did not immediately respond to requests for comment.

The Indonesia company took its case to the Central Jakarta District Court in mid-2014, when the first IKEA store in Indonesia was under construction.

The court ruled in September 2014 that the trademark was owned by Ratania and ordered IKEA to stop using its own name, which is an acronym for its founder Ingvar Kamprad and the farm Elmtaryd and village Agunnaryd where he grew up. IKEA appealed to the Supreme Court last year.

IKEA stores around the world are run under a franchise system. Since the early 1980s, the IKEA Group has been owned by a foundation registered in the Netherlands.
Last Update: Feb 05, 2016 4:42 pm
RELATED TOPICS