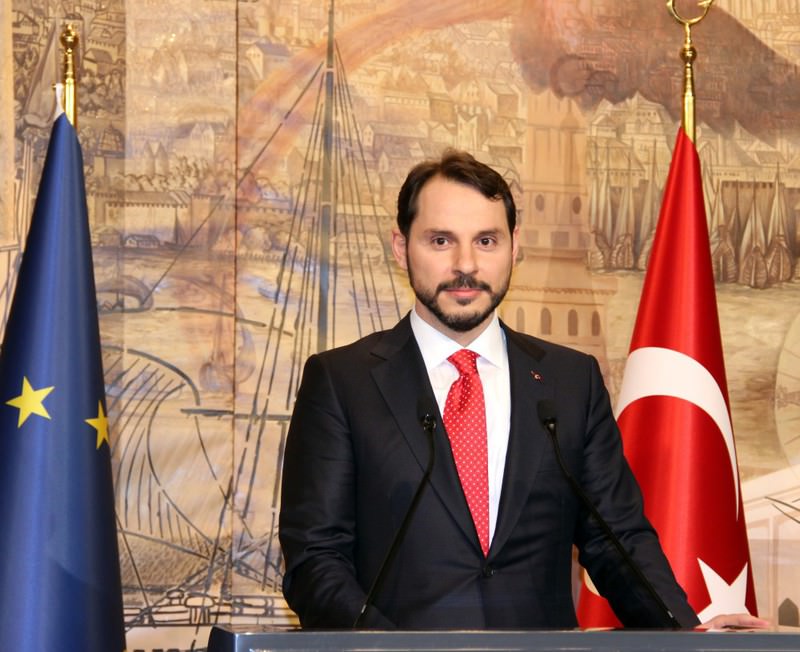 The roadmap for the energy sector has been announced by Energy and Natural Resources Minister Albayrak. Accordingly, the necessary investment will surpass $110 billion and diversification in sources will curtail dependency in energy by 50 percent

Energy and Natural Resources Minister Berat Albayrak announced an updated road map for the energy sector. The investment required in the energy sector will exceed $110 billion (TL 330 billion), and $16 billion in contracts will be available for local firms to produce equipment and materials for the Akkuyu and Sinop Nuclear Plants. Dependency on a single country (namely Russia) will be dropped to at most 50 percent by the end of 2019. The strategy for the energy sector, which has been submitted by the ministry to the Parliament Plan and Budget Commission, is based on the concepts of "security of supply, alternative energy resources, resource variety, inclusion of local and renewable energy resources in the economy, deregulation of energy markets and productivity in energy."

Priority will be given to local resources, and the share of renewable energy resources in energy supply will be increased. Variety in supplier countries for crude oil and natural gas will be increased, while risks arising from import will be lowered. The share of electricity production using natural gas will be under 38 percent of total production by the end of 2019, according to the roadmap.

The $110 billion investment requirement over the next 10 years will be mostly covered by the private sector, and related regulations will be enforced to achieve that. Fluctuation in demand according to season, and the necessity to ensure security of supply, required the storage capacity to be increased.

Boron has been chosen as a major target for Research and Development activities, and boron-related minerals and equivalent products will be exported instead of concentrated boron; products such as boron oxide, agricultural boron, zinc chlorate and anhydrous borax are being manufactured.

As a result of the regional collaboration in the field of energy, Turkey is to become a regional hub and a terminal of energy.

Another major target is to include nuclear energy in Turkey's energy production portfolio. The Environmental Impact Assessment of the Ministry of Environment and Urbanization and a pre-license from the Energy Market Regulatory Board has been obtained for Akkuyu Nuclear Plant. Development works are about to start, and the first unit of the nuclear plant is scheduled to commence electricity production by 2022.Seismological works have commenced for Sinop Nuclear Plant. Business and employment opportunities will be provided for local firms that can supply equipment in conformity with nuclear plant standards for the Akkuyu and Sinop nuclear plants.

Demand is increasing in all areas of the energy sector, and it is estimated that the energy demand will double within the next 10 years. Big energy-importing companies are about to become exporters, and big energy-exporting countries are becoming centers for demand. Due to the major drop in crude oil prices, the rules of the global oil sector are now being rewritten.

The Ministry also plans to increase the share of the mining sector within the national income and the main strategy regarding mining and metallurgy sectors will be ensuring that the mining activities are carried out in an environmentally-friendly manner, and that rules and regulations regarding occupational health and safety are followed.

With new plants commissioned plus the increases in capacity, the energy production capacity of Turkey increased to 4,288 MW, while the number of electric energy production plants, which was 300 in 2002, increased to 1,515 by the end of last year making a fivefold increase. The total electricity transmission and distribution network has become the fifth longest in the world, and the third longest network in Europe.

Turkish Petroleum Corporation (TPAO) is currently investigating sites in Azerbaijan, Iraq, Libya, Afghanistan and Russia, seeking to contribute to the crude oil and natural gas supply. Business development activities are taking place in the Middle East, Central Asia, Africa and the United States. TPAO's foreign investments this year are to exceed a total of $1.8 billion in 2016.
RELATED TOPICS