Nestlé pulls out of IAAF sponsorship deal over doping scandal 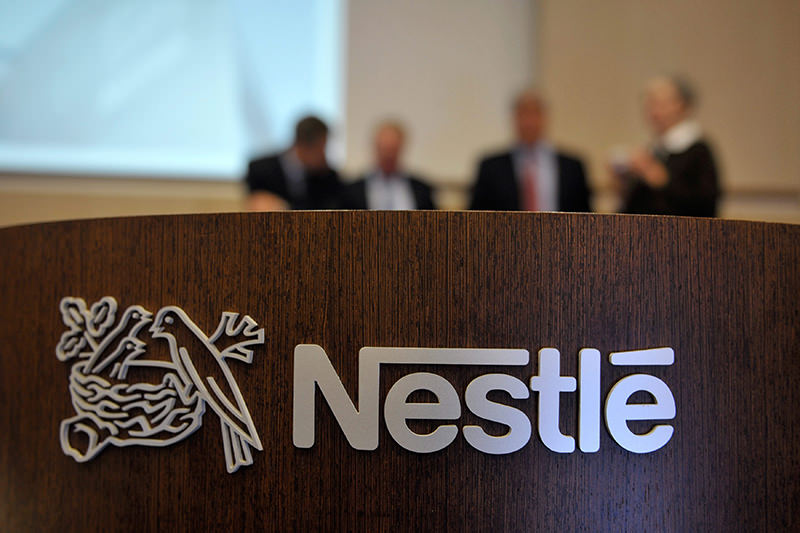 A file picture dated 19 February 2010 shows people behind a Nestle logo during a press conference of the food and drinks company Nestle in Vevey, Switzerland. (EPA Photo)
by Associated Press Feb 10, 2016 12:00 am
Food and beverage giant Nestle told the IAAF on Wednesday that it terminated its sponsorship of athletics' governing body over fears the doping scandal could damage the company's image.

The announcement came while Adidas remains in talks with the IAAF about its handling of the corruption scandal amid reports the sportswear giant was considering ending its sponsorship.

The IAAF, under Sebastian Coe's new leadership, is fighting attempts by sponsors to cut their contracts early.

Coe said he was "angered and dismayed" by the Nestle announcement.

"We will not accept it," he said in a statement. "It's the kids who will suffer."

Nestle funded the kids' athletics program for four years but decided to end the partnership "with immediate effect."

"This decision was taken in light of negative publicity associated with allegations of corruption and doping in sport made against the IAAF," Nestle said in a statement. "We believe this could negatively impact our reputation and image and will therefore terminate our existing agreement with the IAAF, established in 2012."

"This has been a successful program with 15 million kids aged seven to 12 years in 76 countries, taking part in fun team activities which promotes a healthy, active lifestyle," the IAAF said.

The program was due to reach another 15 countries, involving another three million children, training 360 lecturers, and 8,640 physical education teachers, the IAAF added.

The Nestle decision was a blow to Coe, whose first six months as IAAF president have been blighted by the extent of the corruption under predecessor Lamine Diack being exposed.

A World Anti-Doping Agency investigation found there was deeply rooted corruption on the inside by a "powerful rogue group" led by Diack, and they conspired to extort athletes and allow doping Russians to continue competing.
Last Update: Feb 11, 2016 12:19 am
RELATED TOPICS