Another one bites the dust: UK's Independent newspaper confirms end to print production 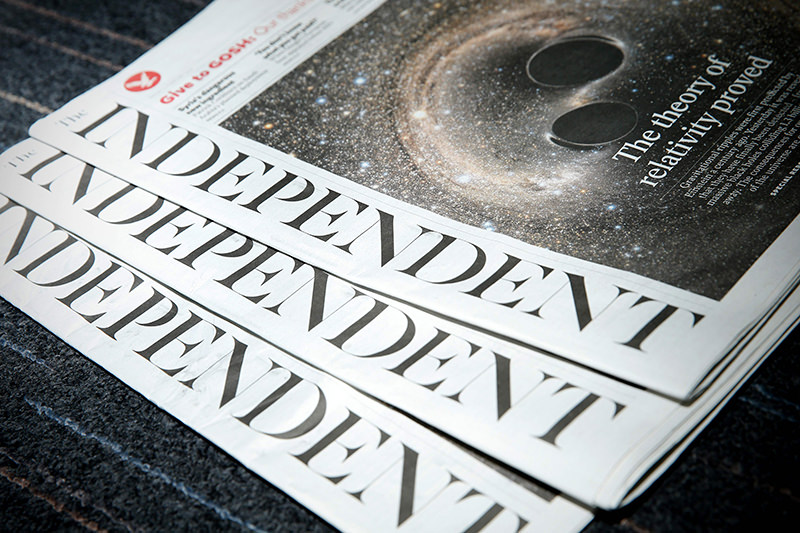 Copies of the British newspaper ,The Independent, are arranged for a photograph in London on February 12, 2016. (AFP Photo)
by Anadolu Agency Feb 12, 2016 12:00 am
The Independent, one of Britain's most prominent national newspapers, has announced it will stop producing a print edition from the end of March.

The daily's owner, Evgeny Lebedev, said falling sales and reduced advertising income meant it was no longer profitable to run a print operation.

It will continue as an online-only service.

"The newspaper industry is changing, and that change is being driven by readers," Lebedev said in a statement.

"They're showing us that the future is digital. This decision preserves the Independent brand and allows us to continue to invest in the high-quality editorial content that is attracting more and more readers to our online platforms."

The last edition will be printed on 26 March, a week after the final edition of its sister paper, the Independent on Sunday.

When the Independent was launched in 1986 it was billed as "free from party political bias" and "free from proprietorial influence", as a reaction to a British newspaper landscape that was at the time dominated by media moguls.

It proved popular among readers with its coverage of stories outside of the mainstream and original features, such as Bridget Jones's Diary.

But after its circulation peaked at 400,000 copies per day, the newspaper began to suffer in the 1990s when its rival The Times, owned by Rupert Murdoch, dramatically cut its cover price in an attempt to boost sales.