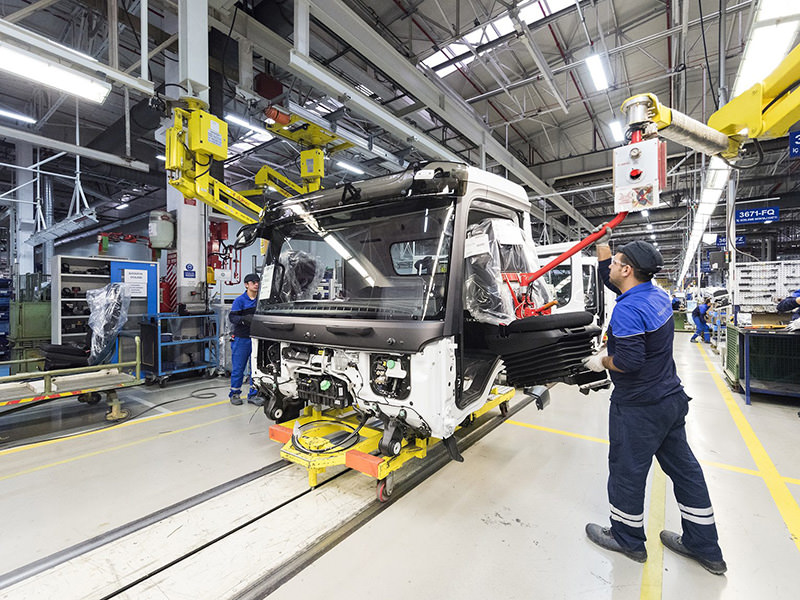 | Archive photo
by Daily Sabah with AA Feb 12, 2016 12:00 am
Direct international investment in Turkey increased 32 percent in 2015, amounting to $16.6 billion, according to an annoucement released by the Prime Ministry Investment Support and Promotion Agency (ISPAT) on Thursday. The announcement also contained quotations from ISPAT's President Arda Ermut.

A Net investment flow of more than $1 billion in the majority of the months in 2015 indicated that 2015 was the year with the highest international direct investment following the global financial crisis.

While the services sector received the highest figures in terms of investments last year, the industry and energy sectors were also of high interest for foreign investors.

The three countries with the highest net investments in Turkey were Spain, the United States and Luxembourg, followed by the Netherlands, Azerbaijan, Belgium, Russia, the United Kingdom, China and Germany.

In the announcement, ISPAT President Arda Ermut said that despite the general elections in 2015 and the negative developments and crises in neighboring countries, foreign investors' trust in Turkey and the economy was restored in 2015.

Stressing that he had previously noted that last year's figures will be higher than anticipated, Ermut added that the attraction of Turkey to international direct investors will continue to increase this year as well.

The ISPAT has begun to observe the positive outcomes and results of the pinpoint strategies they implemented. "Despite two elections and the high regional risks due to the clashes and turmoil in neighboring countries, the foreign investors have highly increased their investments in Turkey and demonstrated that they are considering Turkey for long-term opportunities. When viewed from a macro perspective, this environment of trust is the direct result of the strong leadership and political stability that has emerged within the last 10 to 12 years," Ermut said.

He added that investors believe that steps taken to maintain this political stability and structural reforms implemented will continue in the coming years. "We can predict progress regarding international investments in 2016 based on the views and opinions of international investors who are pleased with the reforms and steps taken to improve the investment environment, as announced in the Action Plan of the 64th Turkish Government," Ermut added.
Last Update: Feb 12, 2016 12:46 pm
RELATED TOPICS