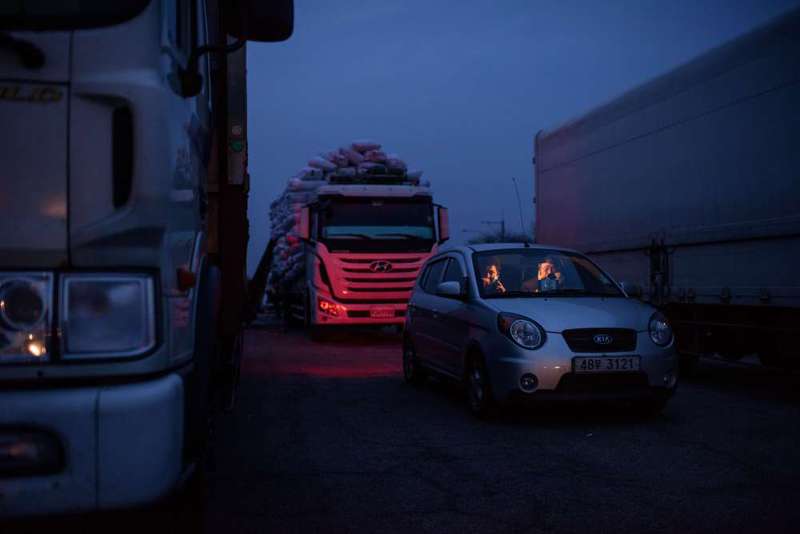 by Associated Press Feb 12, 2016 12:00 am
North Korea ordered Thursday a military takeover of a factory park that had been the last major symbol of cooperation with South Korea, calling Seoul's earlier suspension of operations at the jointly run facility as punishment for the North's recent rocket launch a "dangerous declaration of war." North Korea said it was responding to Seoul's shutdown order by immediately deporting the hundreds of South Koreans who work at the complex just across the world's most heavily armed border in the city of Kaesong, pulling out the tens of thousands of North Korean employees and freezing all South Korean assets. The North also said it was shutting down two crucial cross-border communication hotlines.

Well after the North's expulsion deadline, however, an unknown number of South Koreans remained at Kaesong. One worker at the complex said he thought at least 200 workers could still be there; some local media reported more than 280. A worry in Seoul was whether all South Koreans would be allowed to leave. Some analysts speculated that the North would hold onto some to get all the wages owed North Korean workers.

The North's moves significantly raised the stakes in a standoff that began with North Korea's nuclear test last month, followed by a long-range rocket launch on Sunday that outsiders see as a banned test of ballistic missile technology. South Korea responded Thursday by beginning work to suspend operations at the factory park, one of its harshest possible punishment options.

Some South Korean workers left Kaesong before North Korea's announcement, and a handful of others were seen leaving afterward. But South Korean officials didn't know what would happen to its nationals who had not departed by North Korea's 5:30 p.m. (Seoul time) Thursday expulsion deadline; they also wouldn't say how many workers remained at the factories. South Korea said it would ban reporters from the border crossing on Friday. Well after the deadline passed, a South Korean manager at Kaesong told The Associated Press by phone that he had been instructed to wait for further instructions from South Korean officials.

The manager at a South Korean apparel company at the complex, who declined to give his name, said he and one other South Korean at his company were waiting in an office for word about when they could leave. The man, who said he'd worked at Kaesong for about 10 years, said he was not sure whether he would return to the South on Thursday. He said he did not see any North Korean officials and did not know whether other South Koreans were there. "I was told not to bring anything but personal goods, so I've got nothing but my clothes to take back," the man said, adding that he wasn't worried about being taken hostage.

Chang Beom Kang, who has been running an apparel company in Kaesong since 2009, said from South Korea that his company has about 920 North Korean workers who didn't show up on Thursday and seven South Korean managers at Kaesong. He said three of his South Korean employees remained in Kaesong after the North's deadline. One of them, who entered Kaesong earlier Thursday, was about to cross the border to return to South Korea with thousands of women's clothes produced at the factory. But at the last minute the employee had to drive back to the factory to unload the clothes because of North Korea's announcement that it would freeze all South Korean assets there. "I'm devastated now," Kang said by phone, saying he's worried about losing credibility with clients because of the crisis.

The South's Unification Ministry, which is responsible for ties with the North, said Thursday evening that nearly 250 South Koreans had planned to cross the border into the Kaesong park to begin shutdown work, in addition to some who were already there. It said more than 140 planned to return to the South but the total of how many were still there wasn't clear.

South Korea's Yonhap news agency, citing an unidentified military official, reported that South Korea bolstered its military readiness and strength along the western portion of the border in the event of a North Korean provocation. The report didn't elaborate on what that meant. Seoul's Defense Ministry would only say that its military has been on high alert since the North's nuclear test last month.

North Korea's Committee for the Peaceful Reunification of Korea said in a statement that the South's shutdown of Kaesong was a "dangerous declaration of war" and a "declaration of an end to the last lifeline of the North-South relations." Such over-the-top rhetoric is typical of the North's propaganda, but the country appeared to be backing up its language with its strong response.

North Korea, in its statement, also issued crude insults against South Korean President Park Geun-hye, saying she masterminded the shutdown and calling her a "confrontational wicked woman" who lives upon "the groin of her American boss." Such sexist language is also typical of North Korean propaganda.

North Korea has previously cut off cross-border communication channels in times of tension with South Korea, but they were later restored after animosities eased. Seoul said its decision on Kaesong was an effort to stop North Korea from using hard currency earned from the park to develop its nuclear and missile programs.
RELATED TOPICS