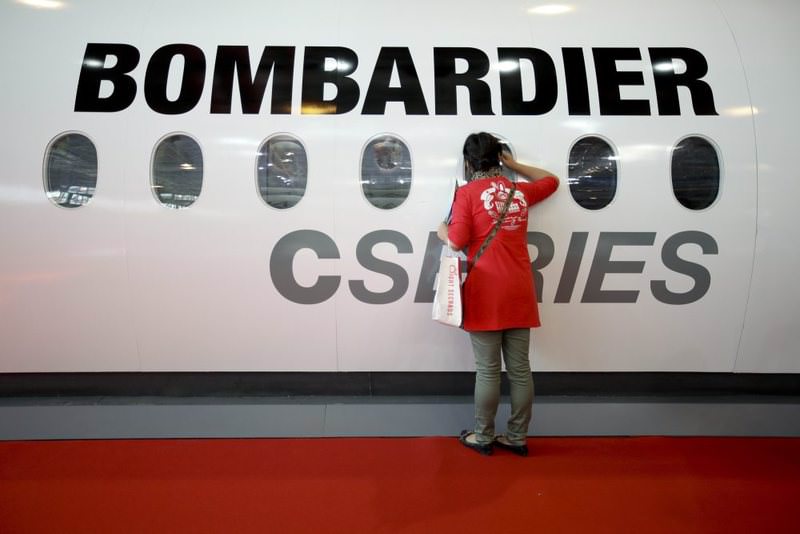 by Feb 18, 2016 12:00 am
Canadian aviation giant Bombardier announced Wednesday it was cutting more than 10 percent of its workforce as the company undergoes major restructuring through next year. The 7,000-job reduction of the global workforce "will be partially offset by hiring in certain growth areas," Bombardier said as it released financial results. Bombardier also announced it has signed a $3.8 billion deal with Air Canada to buy 45 CS300 jets, with options to purchase another 30 planes. Deliveries of the all-new aircraft will begin in 2019.

"With the signing of Air Canada for the leading-edge CS300 aircraft, we add a major international airline customer based in North America to complement our orders in both Europe and Asia," Bombardier president and chief executive Alain Bellemare said in a statement. The company said it posted revenues of $18.2 billion last year, a 9.6 percent drop from the year before. Bombardier started off building snowmobiles in 1942 and grew into a multinational with rail and aircraft divisions. It has more than 70,000 employees worldwide, including 24,000 in Canada.

"Throughout 2016 and 2017, we will adapt our global manpower to current market conditions, while hiring to support growing segments, such as the C Series," Bellemare, referring to the job cuts. "These adjustments are always difficult. They are important to ensure that... we continue to create superior value for our customers, be more competitive and deliver improved financial performance."
RELATED TOPICS