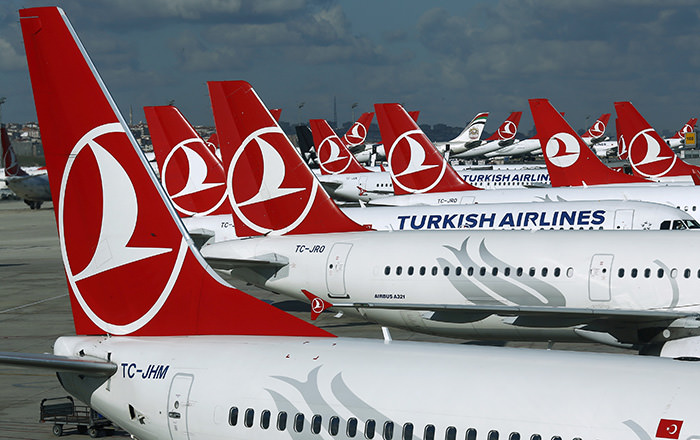 by Anadolu Agency Feb 19, 2016 12:00 am
Turkish Airlines (THY) and Royal Brunei Airlines (BI) have signed a codeshare agreement to allow passengers to connect from Bandar Seri Begawan to Istanbul via Dubai.

Under the codeshare agreement, Turkish Airlines will add its TK code to Royal Brunei Airlines-operated flights from Bandar Seri Begawan to Dubai and vice versa.

On a reciprocal basis, Royal Brunei Airlines will add its BI code to Turkish Airlines flights from Istanbul to Dubai and vice versa. The codeshare will start Feb. 22, 2016.