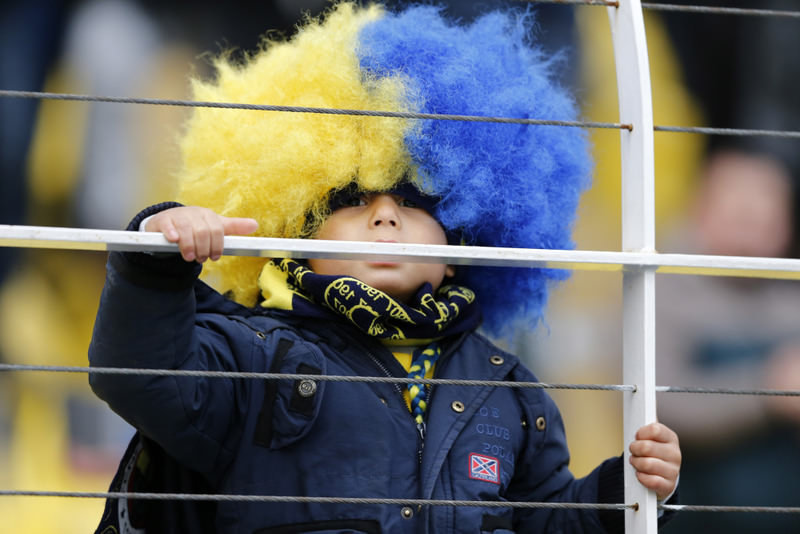 by Oktay Özdabakoğlu Feb 22, 2016 12:00 am
Turkish football club Fenerbahçe is entering a critical week in financial terms after losing its title of being the football club with the highest market value on the Borsa Istanbul Stock Exchange to Beşiktaş in a championship tussle last week. Fenerbahçe has held the title since it went public in 2004. The club has decided to increase its capital from TL 25 million ($8 million) to TL 29 million and will complete its sale of TL 4 million worth of shares on Feb. 26. It has set TL 41.4 as the price of each share, which will bring TL 164.5 million worth of income to the club. The club's existing shareholders on the stock market will be given priority during share sales.

After share sales are completed, Fenerbahçe's free float rate will have increased from 24.13 percent to 34.6 percent and the Fenerbahçe Sports Club Association's share in the company, which also includes the football team, will drop from 75.8 percent to 65.4 percent. The club generated an income of TL 39.4 million by offering 15 percent of its capital to the public in 2004 and generated an income of TL 90 million through the following share sales. With the income that will be obtained through next week's capital increase, the amount of the funds that the club will have provided from the stock exchange will reach TL 294.8 million.

Fenerbahçe will firstly repay TL 100 million of the bonds that will be due in March with the income that it will obtain through its reserved capital increase. The club plans to offer Fenerium for public following the completion of share sales in order to ease its financial debts and interest burden. The club, which ended the six-month period with a loss of TL 61.6 million, has an overall debt of TL 1.1 billion. Fenerbahçe's shares have surged by 18.7 percent since the beginning of the year and its market value stands at TL 1.104 billion. Meanwhile, the market value of Beşiktaş, which has risen by 124 percent, has reached TL 1.171 billion in the same period.

Fenerbahçe is in the leading position in the Super League and has taken the first step toward to the quarter-final of the UEAFA Europa League by beating Lokomotiv Moscow with two goals in last week's match. Foreign investors have begun purchasing Fenerbahçe shares for the first time in years, buying $1.6 million worth of its shares in January.
RELATED TOPICS