EU finance chief states UK would be a 'supplicant' outside EU 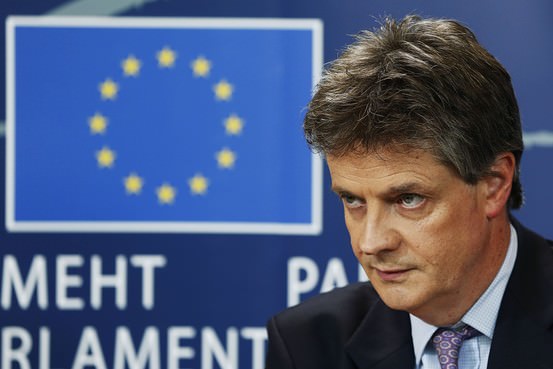 by Mar 01, 2016 12:00 am
A Britain outside the European Union would be a "supplicant" and end up with worse trading terms, the EU's financial services chief Jonathan Hill said on Tuesday.

Britain's Prime Minister David Cameron negotiated a "new settlement" with the European Union this month in a bid to persuade Britons to back staying in the 28-country bloc when they vote in a referendum on EU membership in June.

The settlement includes safeguards that make it harder for the euro zone countries to impose regulation on the City of London financial district, Europe's biggest banking center.

Hill said countries such as Norway that are outside the EU are in a position of fax diplomacy and a supplicant.

"For us to be in that position I think would be, to put it mildly, a trifle odd," Hill told the UK parliament's Treasury Select Committee.

He said he could not see why a Britain outside the bloc would get better trading terms for its financial sector than the current benefits of the EU single market.

"I think we would get worse terms," Hill said.

Some securities clearing businesses were already "hedging their bets" by thinking of acquisitions elsewhere in the EU in case Britain leaves the bloc, Hill said.