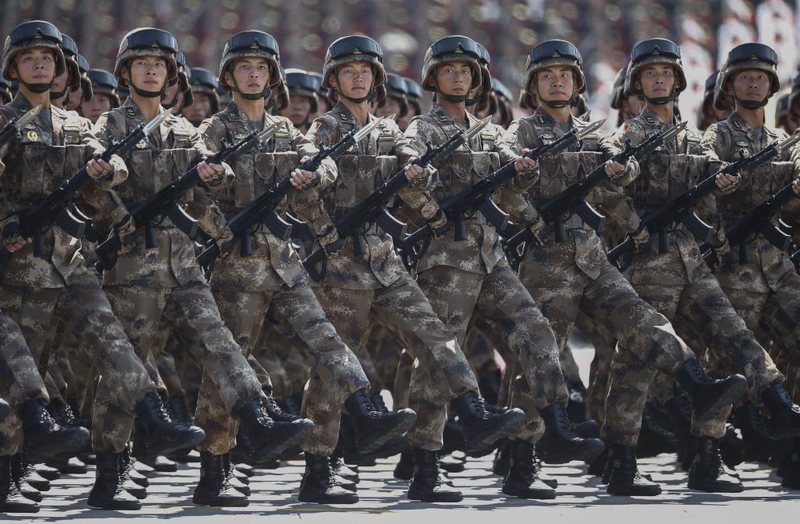 by Mar 05, 2016 12:00 am
China's defence budget this year is likely to rise at its slowest pace since 2010, in line with the decelerating economy, by a much lower figure than had been expected, although it probably does not represent the true spending number. Fu Ying, spokeswoman for China's parliament, said the figure would increase by about seven to eight percent from 2015, following a nearly unbroken two-decade run of double-digit budget increases. It will be the first single-digit rise in spending since 2010, when the military budget logged a 7.5 percent increase. Defence spending last year was budgeted to rise 10.1 percent to 886.9 billion yuan ($135.39 billion), which still only represents about one-quarter that of the United States. The U.S. Defense Department budget for 2016 is $573 billion.

China's leaders have routinely sought to justify military modernisation by linking defence spending to rapid GDP growth. But growth of 6.9 percent last year was the slowest in 25 years, and a further slowdown is widely expected in 2016.

"One simple reason for the lower increase is that double digit growth is now harder to sustain," said Bonji Obara of the Tokyo Foundation think-tank.

"But another reason is that China's anti-corruption campaign means less money is being siphoned off and spending has become more efficient," he added, referring to President Xi Jinping's vigorous efforts to root out graft. The defence budget had been widely expected in military and diplomatic circles to log another impressive increase. Fu said the budget was based on China's national defence needs, the state of its economy and the performance of its fiscal revenues. China has been repeatedly criticised for a lack of transparency in its defence spending and its intentions.

"China needs to be transparent and explain its military spending to the international community," Japanese Defence Minister Gen Nakatani said in Tokyo ahead of Fu's announcement.

China's military build-up has rattled nerves around the region, particularly because China has taken an increasingly assertive stance in its territorial disputes in the East and South China Seas. Beijing is also feeling public pressure to show it can protect its claims to the South China Sea after the United States began conducting "freedom of navigation" operations near islands where China has been carrying out controversial reclamation work and stationing advanced weapons. While Beijing keeps secret the details of its military spending, experts have said additional funding would probably go towards beefing up the navy with anti-submarine ships and developing aircraft carriers beyond a sole vessel in operation.