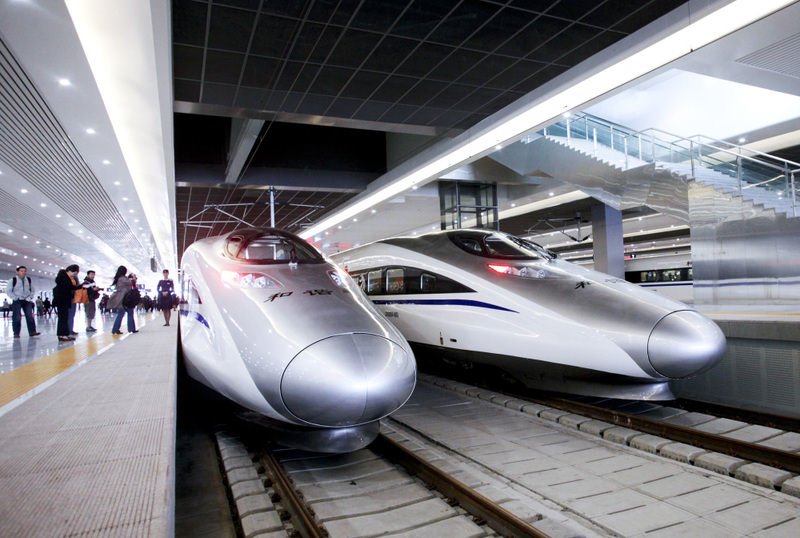 It will take more than the abrupt cancellation of a high-speed train deal with Mexico to derail China Railway Construction Corp.'s ambition to become a global force in transport projects and take on the likes of Siemens, Alstom and Bombardier.
by Mar 12, 2016 12:00 am

China, which has been called an ‘abuser' by Donald Trump due to its currency policy, won a contract to manufacture 846 subway carriages for Chicago, the biggest train supply deal any Chinese firm has sealed

China has been frequently accused by American tycoon and presidential hopeful Donald Trump of keeping its currency artificially low, making it impossible for American companies to compete with their Chinese rivals. "China is the big abuser," he declared Tuesday, calling it and other nations "grand masters at monetary manipulation." However, China's largest train manufacturer won a billion-dollar deal to supply Chicago with rolling stock, it announced Friday, as Beijing seeks to create high-tech firms capable of competing for lucrative contracts with foreign giants.

CRRC Corporation, the result of a 2014 merger between two state-owned firms and the largest train maker in the world by revenue, signed a $1.3-billion contract to manufacture 846 subway carriages for the Midwestern U.S. city, replacing around half its fleet. It was the biggest train supply deal any Chinese firm has sealed in a developed economy, CRRC said on its website, calling it a "breakthrough" for the country's exports of high-end equipment.

" 'Made in China' trains will be landing in Chicago," it said. The city's mayor, Rahm Emanuel, said the deal would "go down in history," the Chicago Sun-Times reported. Beijing has long urged rail and train makers to expand overseas in order to build expertise and market share and boost the competitiveness of its national champions.

Chinese firms have signed deals to build railways in several countries, including Indonesia, where they beat off Japanese competition, Serbia and Hungary, and a project in Thailand is being planned. But some foreign deals have fallen through, with Mexican authorities cancelling a multi-billion dollar high-speed rail project last year amid allegations of favoritism during the bidding process. Chicago has the United States' second-largest public transport system and the trains will be assembled in the city by a CRRC U.S. subsidiary, CSR Sifang America, with the project expected to create 169 jobs. CRRC last year won a contract to make 284 subway cars for Boston for $566 million. It submitted the cheapest bid in the Chicago tender, according to reports, beating Canada's Bombardier by $226 million.

The new carriages will replace an unpopular design that uses aisle-facing seats, the Chicago Tribune said, leaving commuters "getting their feet stepped on while they are seated, or being eye level with the buttocks or crotch of a standing passenger."