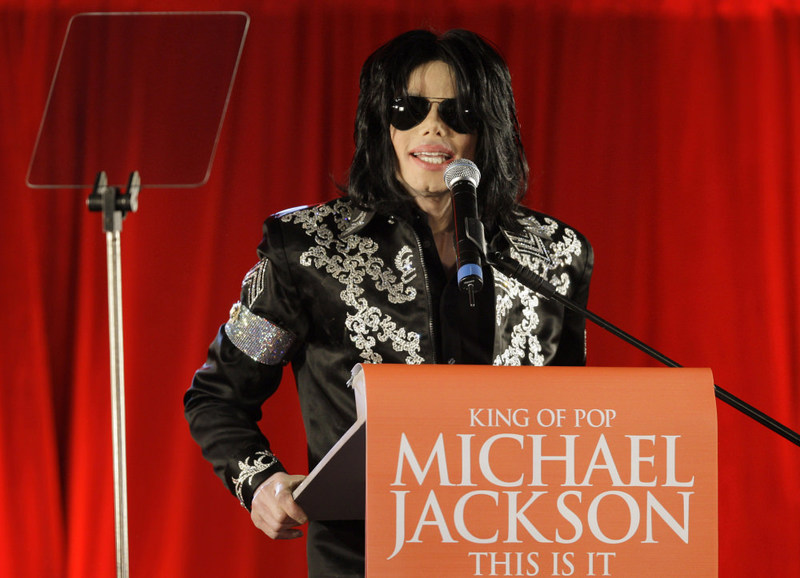 Michael Jackson's estate has agreed to sell its remaining stake in a lucrative music catalog to Sony Corp. for $750 million, the entities announced Monday. The agreement for Jackson's half-share of the Sony/ATV Music Publishing catalog will give the company sole ownership of works by The Beatles, Bob Dylan and other hit making musicians, including Eminem and Taylor Swift.

The deal is another posthumous blockbuster deal for Jackson, whose estate has erased the singer's massive debts through a mixture of new music and movie ventures and re-releases of the singer's most popular music. Jackson's estate benefits his mother and three children, known as Prince, Paris and Blanket. "This agreement further demonstrates Sony's commitment to the entertainment businesses and our firm belief that these businesses will continue to contribute to our success for years to come," Sony Corp. president and CEO Kazuo Hirai wrote in a statement.

The sale does not include rights to Jackson's master recordings or songs that he wrote, and the singer's estate will continue to have a stake in EMI Publishing, Inc.

"This transaction further allows us to continue our efforts of maximizing the value of Michael's Estate for the benefit of his children," the co-executors of Jackson's estate, attorney John Branca and music executive John McClain, wrote in a statement. "It also further validates Michael's foresight and genius in investing in music publishing." Jackson purchased the ATV portion of the catalog in 1985 for $41.5 million, and he later merged it with Sony. It remained his most lucrative asset at the time of his death in June 2009 at age 50, though by that point Jackson was hundreds of millions of dollars in debt.

The deal for Jackson's half of the Sony/ATV catalog is expected to close by the end of March.