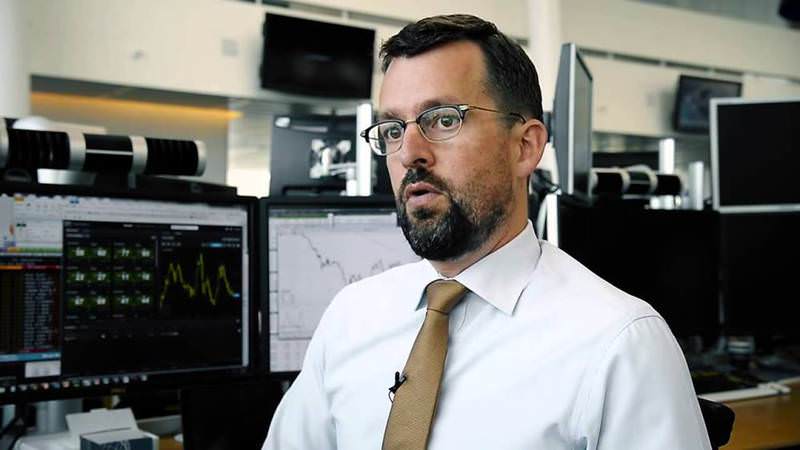 An expert on online investment banking and world-famous Saxo Bank economist, John J. Hardy, has stressed that the United States Federal Reserve's (Fed) recent decision does not match the market expectations. Touching upon the reasons for the Fed's dovish approach, Hardy said that the effects of the upcoming U.S. presidential elections on the markets might have influenced their decision and in order to eliminate the possibility of forecast error, the Fed adopted a cautious approach towards market data and the rapid amelioration in financial conditions.

Commenting on the Fed's dovish approach, Hardy said that the Fed's ambiguous explanations about the initial rate hike in December and its resulting indecisive action shows that a very cautious line is currently being followed. He added that it is acceptable and normal for the Fed to adopt this approach towards the markets, but added it is "very hard" to abandon expansionary polices after having implemented loose monetary policies accompanied by zero interest. He said the policy shift must be performed without damaging assets and triggering a recession in the economy.

Furthermore, Hardy emphasized that the Fed might fear tight monetary policy, risking political stability in the long term, adding that there could be worries about what will happen in a scenario in which Donald Trump wins the elections and as well as who he appoints as the Fed's governor in 2018.

Hardy also explained the Fed's cautious stance in March, which the markets weren't expecting, noting the decisions taken after the G20 meeting meant countries did not need to resort to competitive devaluation. Hardy supported his thesis by pointing to the Bank of Japan and added that the Fed must also evaluate the current status of China's economy.