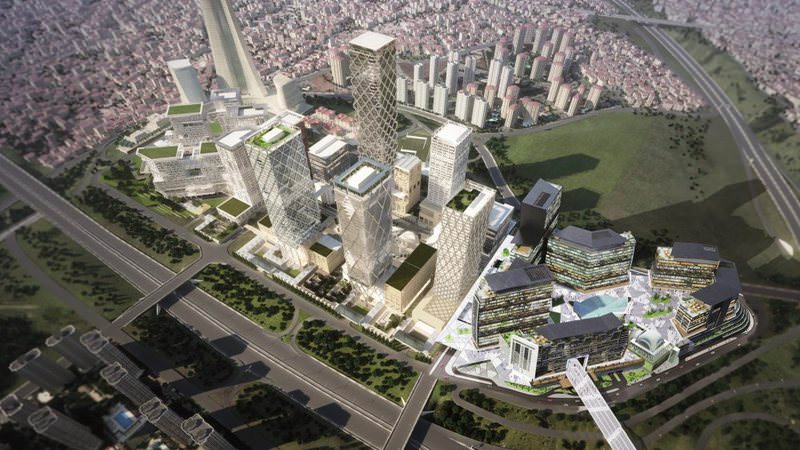 The last stage of the preliminary project for the construction of the Istanbul International Finance Center (IFM) has arrived, which was prepared in order to make Istanbul one of the top-25 finance centers in the world and rank among the top-30 countries in the world regarding financial development. The first step of construction is planned to start this month after getting the necessary license.

Speaking to the Dünya daily about the construction of the project, Housing Development Administration of Turkey (TOKİ) President Ergün Turan said that nearly 20 billion euros of revenue will be re-acquired annually with the project and the IFM will compete with Dubai, Beijing and London to become a finance center. Come April there will be nearly $2 billion invested. The project also includes the construction of public institutions such as the central bank, Ziraat Bankası, Halkbank, VakıfBank, the Banking Regulation and Supervision Agency (BDDK) and Capital Markets Board (SPK). Explaining that the construction will be inspired by the architectural characteristics of Topkapı Place and the Grand Bazaar, Turan said IFM was designed taking Seljuk and Ottoman architecture into consideration.

According to Turan, the IFM, to be built at the intersection between the E5 and TEM highways, was designed as a symbol of the Anatolian side of Istanbul due to its location and architecture. The campus will include support and service units such as a conference and culture hall with a capacity of 3,000 people, a library, hotels, school, nursery, mosque, health center, fire department and police station.

Profit-sharing bidding in return for land purchases regarding the BDDK's service building has ended. The contractor company contracted sales revenues of TL 1.861 billion ($648.57 million) in return for land and the administration's revenue share was TL 372 million. The land handover took place on Feb. 9, 2016. At the bidding conducted within the framework of the protocol signed with the SPK, the contractor company won the bidding with TL 915.417 billion of sales revenue and TL 215 million of TOKİ share revenue.

The same model of bidding is also planned for the construction of the central bank within the framework of the protocol signed on June 28, 2015. After completing the work regarding the concept project, the feasibility works related to the binding process will begin.

Turan said that the preliminary project work in order to get construction permits has nearly finished and the construction will start as soon as the license is obtained. Asserting that Istanbul had the potential to become a financial attraction center in any way possible, Turan said: "When the Istanbul International Finance Center, which was planned for Istanbul to become a regional finance center in the next 10 years and a global one in the next 30 years, is completed, it will make great contributions for the development of both Istanbul and Turkey."