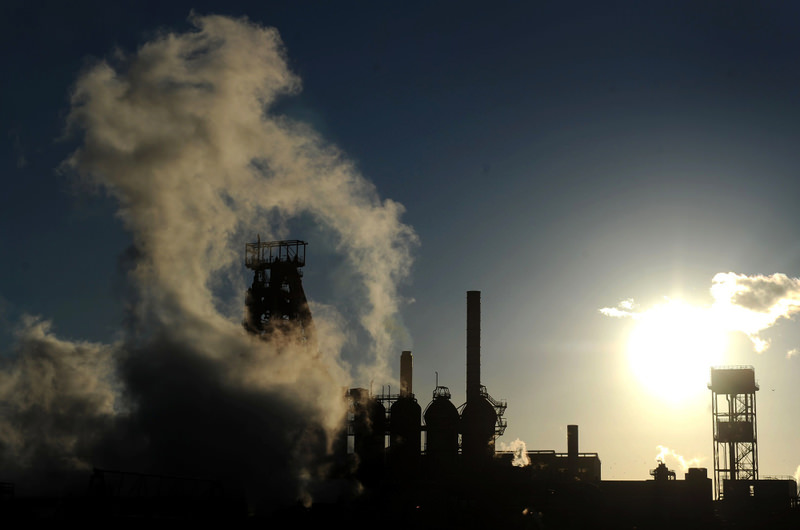 by Associated Press Apr 01, 2016 12:00 am
The British government scrambled Thursday to save the country's struggling steel industry after Tata Steel announced plans to sell its U.K. plants, which employ almost 20,000 people. Prime Minister David Cameron held a crisis meeting at 10 Downing St., and said the government would do "everything it can" to keep steelmaking in Britain. But, he said, "this is a difficult situation. There's no guarantee of success."

"This industry is in difficulty right across the world," Cameron said. "There's been a collapse in prices, there's massive overcapacity."

The steel industry in Britain, like many developed economies, has been hit hard by cheap Chinese imports, which have depressed prices, and manufacturers have asked the government and European Union to impose anti-dumping duties.Tata Steel, which operates the country's biggest steel plant at Port Talbot in south Wales, is losing 1 million pounds ($1.4 million) a day in its U.K. operations. Tuesday's decision by the Indian company to shed its British steelworks appeared to catch U.K. authorities by surprise. Cameron was on vacation in the Canary Islands, while Business Secretary Sajid Javid was in Australia. Javid, who quickly flew back to Britain, said the steel industry "is absolutely vital for the country and we will look at all viable options" to save it.

The opposition Labour Party has urged the government to nationalize the steel industry as it did struggling banks, which received billions in public money to keep them afloat during the 2008 financial crisis.

Labour's economy spokesman, John McDonnell, said temporary nationalization would be "cost-effective in the long term." "It isn't just the cost of losing those jobs, as we've seen elsewhere. It's the cost of devastation of whole communities. And remember, we will be paying out in unemployment benefits and other benefits to those people who lose their jobs," he said. But Cameron said: "I don't believe nationalization is the right answer." He suggested the government could provide incentives to steelmakers, including a guarantee that British-made steel would be used in major defense and infrastructure projects. Critics say that may not be enough. Labour lawmaker Stephen Kinnock, who represents the Port Talbot area, accused the government of being in "disarray" over steel. He said the government "has been asleep at the wheel and has been more interested in rolling out the red carpet for China, than it has been in standing up for British steelworkers."
RELATED TOPICS