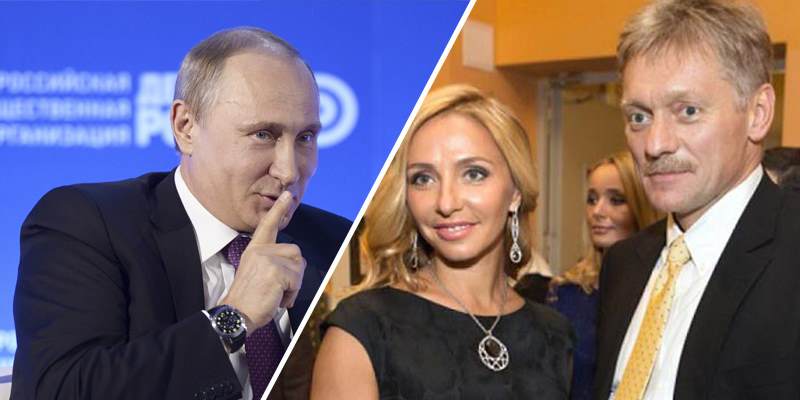 Vladimir Putin's spokesman says the Russian president has no connection to offshore accounts allegedly operated by his close friend, a musician.

Peskov argues that the leaked documents from a Panama-based firm have been wilfully interpreted by an international consortium of investigative journalists to make what he called an unfounded claim that cellist Sergei Roldugin's offshore assets were linked to Putin.

Speaking in an interview Tuesday with The Associated Press, Peskov emphasized that "there is not a word about President Putin in those papers," and dismissed the alleged link between Russian owners of offshore assets and Putin as a "product of imagination."

Peskov said the media reports reflected what he described as "Putinophobia," Western media bias against Putin.

The Washington-based International Consortium of Investigative Journalists said the documents it obtained indicated that Roldugin acted as a front man for a network of Putin loyalists, and, perhaps, the president himself. The ICIJ said the documents show how complex offshore financial deals channeled as much as $2 billion to a network of people linked to the Russian president.

The 64-year-old Sergei Roldugin stands out in the leaked list of statesmen, magnates and international celebrities. While he never made a secret of his friendship with Putin, Roldugin has refrained from comment about his alleged offshore assets, only telling a Russian newspaper involved in the investigation that the matter is "delicate."

"If Mr. Roldugin indeed had or is continuing to have some business companies, some business affairs, it's his private business, and he's got the right to do that," Peskov said.

Peskov emphasized that the scandal around the so-called Panama Papers proves that Putin was right when he urged Russian businesses to pull out their assets from offshore accounts a few years ago.

"Maybe the fact that these documents can be stolen shows that this offshore practice isn't reliable anymore, so it's one of the evidence that President Putin was right in making this call," he said.

Peskov rejected the claim that his wife, Olympic champion ice dancer Tatiana Navka, had an offshore business. "She is doing some business, she is earning money, but she never had an offshore company," he said.

The Russian prosecutor-general's office said Tuesday it will look into the leaked documents to check for possible violations of Russian law, which bans officials and lawmakers from having foreign bank accounts.

The global uproar caused by the Panama Papers has been barely noticed in Russia. State television stations and other state-controlled media have largely ignored the revelations, briefly mentioning the Kremlin denials and focusing on the dealings allegedly involving the Ukrainian president.

Asked if the controversy could undermine the robust public support for Putin, Peskov said "definitely not.

"We can't speak about any uproar here in Russia," he said. "Frankly speaking, we have got accustomed to all those attacks."